Neurodiversity - the financial sector can do more 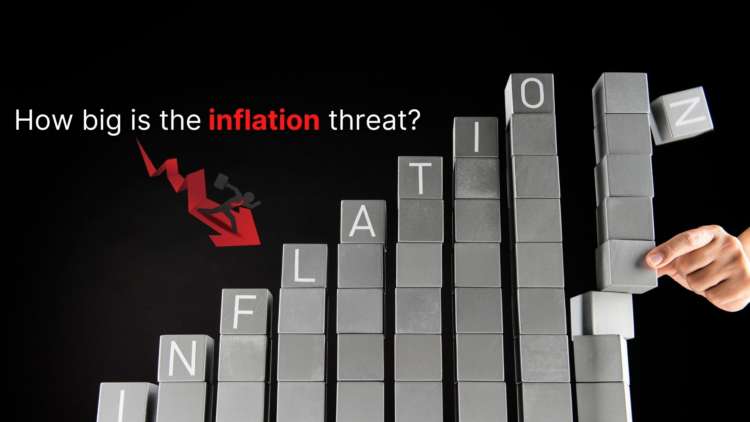 Global equities gained around 0.5-1.0% last week and are back within spitting distance of their mid-February highs. Markets have also opened higher this morning, shrugging off the news of the collapse of a US hedge fund which will lead to significant losses at Credit Suisse and Nomura. Rather than being seen as a canary in the coalmine, and a sign of impending doom as various fund failures proved ahead of the global financial crisis, this quite rightly is being seen much more of a one-off.

Equities instead took heart from government bond yields falling back a little, following their sharp run-up over the last couple of months. While the upward trend in yields looks certain to continue longer term, the latest decline bolsters our confidence that the bulk of the sell-off should be behind us for the moment. The partial re-floating of the beached tanker in the Suez Canal also eased worries that trade flows might remain disrupted for weeks to come.

Last week saw the one-year anniversary of the market bottom on 23 March 2020. US equities have gained as much as 75% over the following 12 months, the largest such increase since 1936. Following the Global Financial Crisis, US equities also rose 70% in the first year of the bull market, in reality the increase this time is far more impressive. The 2009 recovery followed a much sharper market fall than seen last year. Whereas this time, US and global equities regained their pre-crisis highs within five months of bottoming, it took three and four years respectively in the case of the post-GFC rebound.

The UK and European economies have got better at dealing with lockdowns. Business confidence in the UK bounced significantly more than expected in March, no doubt cheered up by the rapid vaccine roll-out, the relaxation of lockdown measures in prospect and the fact that spring is now upon us. Even in Europe, where the vaccine roll-out is proving problematic to say the least, confidence improved in March. Meanwhile in the US, optimism remained at high levels, bolstered by President Biden’s latest very sizeable fiscal stimulus.

The total monetary and fiscal support measures now put in place across the globe in response to the pandemic are estimated to total over $20trn, or more than 20% of world GDP. This massive stimulus, along with the vaccine roll-out, is the reason both for the sharp rebound in markets over the past year and the expected strong bounce in economic growth over coming months. But it is also the cause of considerable nervousness over inflation and has been behind the recent sell-off in government bonds.

Inflation is set to pick up substantially over coming months as the rebound in oil prices from their collapse last year kicks in. However, the oil-effect will be temporary and central banks will be much more focused on underlying inflation. This unexpectedly fell to 0.9% in February in the UK and also edged down to 1.4% in the US.

Even so, core inflation looks certain to rise, albeit not half as much as headline inflation, as the forthcoming boom in demand is likely to coincide with some supply shortages. While the authorities have emphasised they will look through any temporary rise, bond markets are likely to remain on edge. It will be some time yet before it becomes clear how big the inflation threat really is.