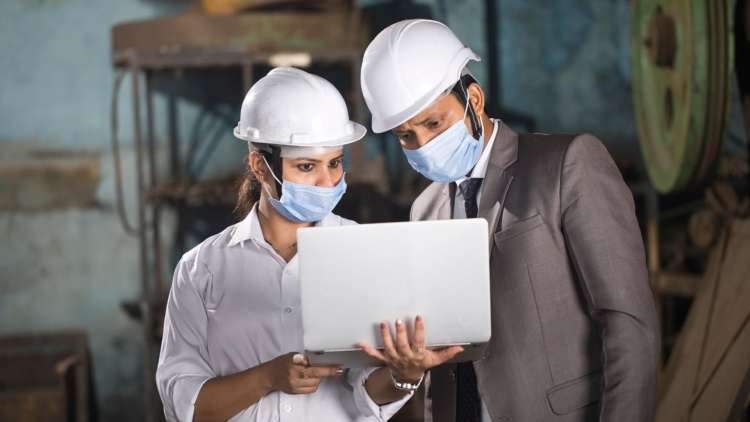 A new survey by leading outsourced communications provider, Moneypenny, into the return to work post-Covid lockdown, shows that almost half (45%) of office workers surveyed are returning to work immediately, with a further 31% due back in the next one to four months, however 48% admit to having some concerns about COVID risks and a further 15% are not at all comfortable about going back to the office.

For some workers the return to work has been further delayed, with 5% not required to return to work until January 2021 at the earliest, and 18% having no specific date to return.

The North East and East Midlands have the most workers already back at work among those surveyed (53% in both regions) compared to the East of England which has the lowest proportion (41%). 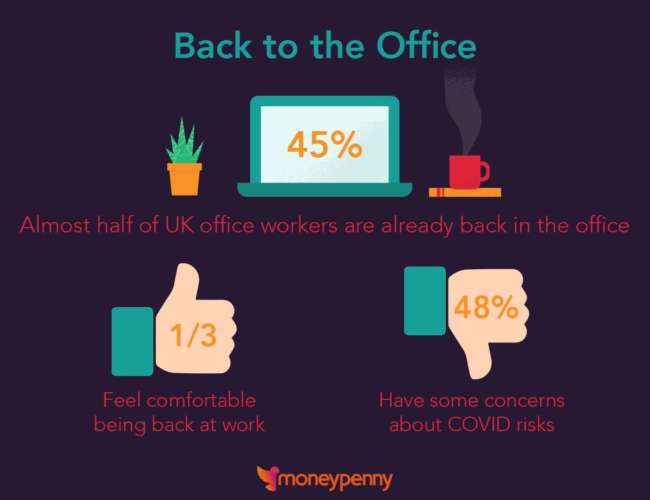 A reluctance to use public transport is shown in the fact that only 16% of those surveyed will use it to commute, while 66% will use their car. The East Midlands had the highest percentage of workers choosing to drive to work, with 81% saying they’ll commute by car, compared to 53% of those in London. Manchester had the lowest percentage of workers stating they’d be using public transport, with only 7% claiming it to be their commuting method of choice, while London had the most (29%).

In a blow to those hoping returning workers will boost the local economy, the survey showed more than 35% said that they won’t be visiting any local amenities when they go back to work.  There is a clear difference between the age groups however, as 51% of those aged 18-24 and 41% of those age 25-34 said they’d visit a nearby sandwich bar, compared with 21% of 45-54 and 11% of 55-64s who would do this.

Wearing masks in the office

When asked whether they minded having to wear a mask at work, 37% said they had no problems with the new rule, however, a further 36% said they would find it too much to do a whole day of work wearing a mask and 13% said they don’t mind wearing a mask at work short-term, but would be less happy if the policy was for the long-term. A disgruntled 9% don’t like having to wear a mask at work at all, as they feel it inhibits their freedom and human rights and they don’t like being told what to wear. A further 2% said they’ll refuse to return to work so long as masks are compulsory. 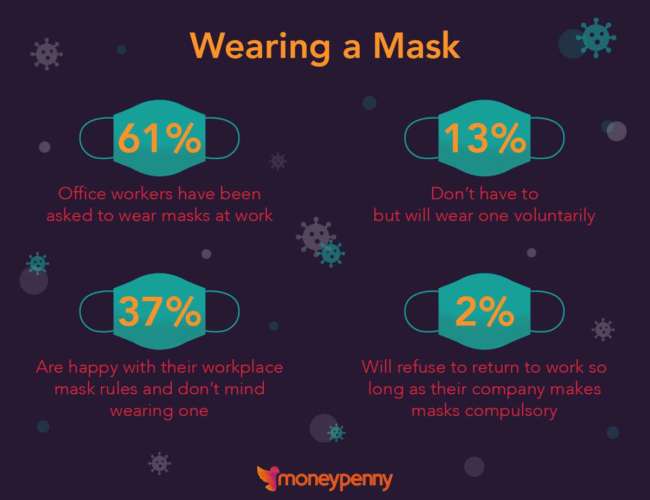 In larger cities, masks are more likely to be compulsory at work, with 40% of those in London stating that their companies have already made them compulsory for all areas of the office, compared to just 14% of those surveyed in Yorkshire.

Social distancing at work is clearly a concern, as 16% of those surveyed said that they don’t trust their colleagues to social distance in the office, while 37% trust some, but not all colleagues.  Scotland’s workers seem to be the least trusting, with 23% of workers stating they distrust team members.

Death of the tea round?

Some offices have banned the sharing of equipment completely (cited by 31% of those surveyed) while even without a ban, a further 35% said they won’t be sharing stationery and equipment with colleagues.

Even the tea rounds have been called into question. While 47% said they will make teas and coffees for their colleagues, 38% will only make tea for themselves and 14% said their companies have banned tea rounds. 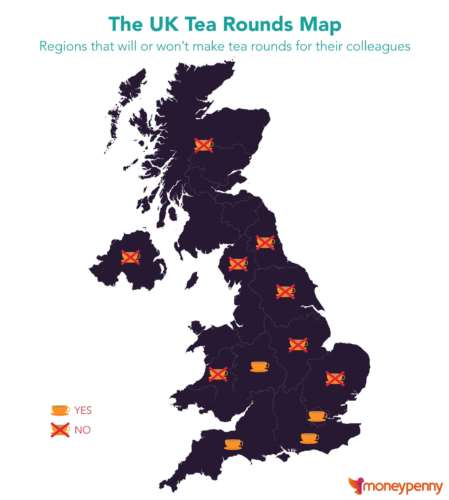 Commenting on the survey, Joanna Swash, CEO of Moneypenny said: ‘We were interested to see how many office workers are either already back at work or will be going back in the next few months.  While there is inevitably nervousness about Covid risks, it is positive to see the large proportion of people who are happy to work with their company in following the new health and safety rules and we’ve certainly been impressed by how innovative and agile our own clients have been in adapting to the new normal at work.’

The UnRefundables: Shoppers left out of pocket post-pandemic