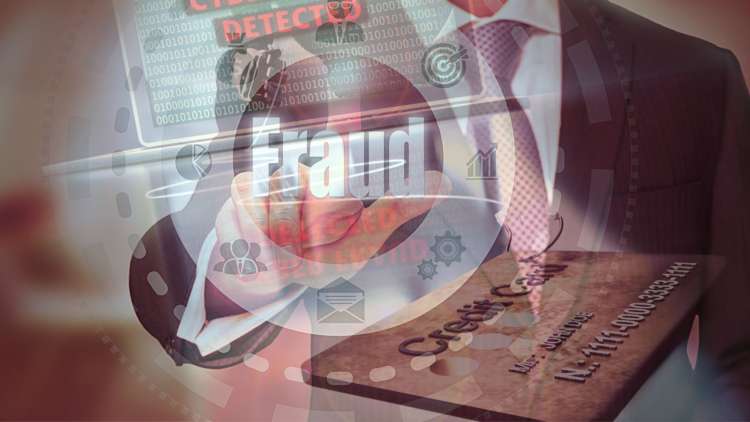 Imagine the following scenario: You are an executive for a Paraguayan construction firm that has just secured a contract with the Paraguayan government to build a hospital in that country.  The scale of the project means you will need to hire a number of subcontractors and, as you are in charge of choosing those subcontractors, you decide to seek bribes from those wanting the work. Such action is ill-advised and morally problematic. But as commercial bribery of this sort is not illegal in Paraguay, you may have breached your company’s code of conduct but you have not committed a crime under Paraguayan law.

Yet, unfortunately for you, the funds for the hospital were loaned to the Paraguayan government by the World Bank via a wire transfer from its Washington DC headquarters.  And under a recent decision from the US Second Circuit Court of Appeals, United States v. Napout, you may have just committed “honest services” wire fraud under US law—even though you never stepped foot out of Paraguay and did not break your home country’s laws. The Napout decision is important as it expands the extraterritorial reach of US prosecutors’ anti-corruption efforts.  For the reasons that I detail below, it has significant implications for foreign businesses, especially those engaged in projects sponsored by multilateral development banks (MDBs), whose financing comes from the US.

As they did after the 2008-2009 financial crisis, the World Bank and other MDBs are counteracting the current virus-induced global economic downturn with plans to deploy hundreds of billions of dollars in loans, primarily to governments in the developing world.  Much of this will be parcelled out to private sector entities to construct hospitals, testing facilities, sanitation systems and other important infrastructure. Such projects carry the risk of corrupt local officials and business leaders siphoning off such funds for themselves. MDBs are mandated by their charters to take all reasonable steps to combat fraud and corruption on MDB-financed projects.  They do not have law enforcement powers but they satisfy their mandate by building provisions into their contracts with direct borrowers (e.g. governments) that compel the borrowers to adhere to the highest ethical standards during the execution of MDB-financed projects.  MDB contracts require borrowers to give the banks freedom to audit any of their books and records that relate to MDB funds.

This right of an MDB being able to audit the books extends to any indirect beneficiaries of MDB funds for a project, such as suppliers, consultants and contractors. Such third parties must also agree to submit to the MDB’s jurisdiction to investigate and sanction them for corruption, fraud or other misconduct. Punishments imposed by MDBs can be harsh, and can include debarment; where a company is prevented from bidding on MDB-financed projects for a number of years or even indefinitely.  When an MDB uncovers misconduct through its own investigations it can – and often will – refer its findings to national law enforcement agencies; which can mean even more serious problems for those investigated.

The significance of the Napout decision regarding such situations is that it enables US prosecutors to pursue MDB-related bribery even when the purported wrongdoer is not subject to the US Foreign Corrupt Practices Act. Prosecutors can now pursue suspects for such bribery even if that suspect is not a US company, issuer or agent and has no other connection to the US.

The appellants in Napout, Juan Angel Napout and Jose Maria Marin, were two former executives at football’s world governing body, FIFA. They had been convicted of using their positions to obtain millions of dollars in bribes relating to the sale of marketing and broadcasting rights. Napout had been president of Paraguay’s national football federation and Marin held the same post in the Brazilian football federation.

They both appealed on the basis that their convictions were the result of impermissible extraterritorial applications of the US honest services fraud wire statute.  The crux of their argument was summed up by Napout’s counsel, who argued that the US had no authority to police the relationship between a Paraguayan employee and his Paraguayan employer and an alleged scheme involving South Americans that took place almost entirely in South America.

The issue of whether the honest services fraud wire statute had been improperly extended to extraterritorial conduct was then reviewed by the Second Circuit. It concluded that as long as a wire fraud scheme involves a wire transmission from, into or through the US that is “essential” or more than “merely incidental” to the overall crime, the extraterritorial application of US law was permissible.

The appellants argued that honest services wire fraud was a materially different crime than regular wire fraud, as the focus of honest services wire fraud was not the use of the wires but the bad-faith breach of a fiduciary duty owed to the scheme’s victim. They argued that as the actual conduct underlying an honest services fraud scheme occurred abroad, it could not be prosecuted in the US solely because it used US wires.  But the Second Circuit disagreed: all that was required to uphold Napout’s and Marin’s convictions were facts showing that the use of US wires in their case (transfers of bribes in and out of US banks) was “essential” to their scheme. On that issue, the Court easily determined that the wires were essential: at least $2.4M of Marin’s payments were sent to his New York bank account and $2.5M of Napout’s were paid in US dollars generated by wire transfers originating in the US.

Implications for Participants in MDB-Financed Projects

The decision in Napout is relevant to MDB-financed projects as it clarifies the breadth of the honest services wire fraud statute and shows the ease with which US prosecutors can use it to target conduct that occurs almost entirely abroad.

The “honest services” variant of wire fraud is somewhat unique to US law and it is not universally recognised: a main piece of Napout’s defence, for instance, was that honest services bribery in a commercial context was not illegal where his conduct took place.  But in the Second Circuit’s view, this fact was largely irrelevant.  The Court ruled that the men had violated the statute by knowingly violating their duties to FIFA under the organisation’s code of ethics.

So, what does this mean in practice?  The Napout decision confirms that the reach of US anti-corruption efforts extends far beyond the bounds of the FCPA; which applies only to bribes paid to “foreign officials” by US issuers, domestic concerns or their agents.  Using an approach based on honest services fraud, all that US prosecutors need in order to have jurisdiction is for an “essential” US wire to be used in the scheme.  As several of the main MDBs are based in the US – including the World Bank and Inter-American Development Bank – a fraud or corruption scheme involving MDB money could easily make “essential” use of a US wire transmission; thus rendering the offenders subject to possible US prosecution.

This is an important point for companies and individuals participating in MDB-financed projects to keep in mind: even if commercial bribery is legal (or at least widely accepted) in the country where the project takes place, if the ultimate funding is flowing from the US then extreme caution must be taken to ensure that US wire fraud statutes are not violated.  This is particularly critical for projects taking place in developing countries where accepted business practices have not yet caught up with norms elsewhere.

Do your contracts and policies stand up to the Covid-19 test? A view from the UK