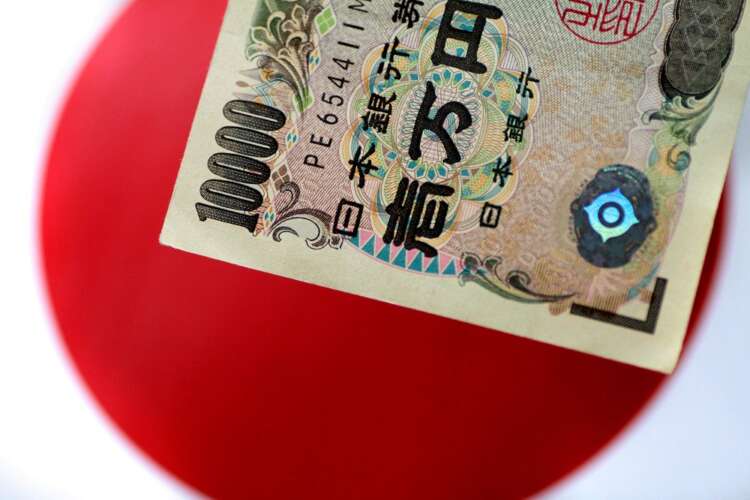 LONDON (Reuters) – The Japanese yen weakened past the 126 yen per dollar mark on Wednesday for the first time since 2002, while the euro was pinned at a one-month low as investors bought the U.S. currency after hawkish comments by Federal Reserve officials.

The prospect of fast and aggressive U.S. interest rate hikes and growing market expectations that the Bank of Japan will keep rates ultra-low in the near term have fuelled the Japanese currency’s declines against the dollar.

“The Fed’s hawkishness against the BoJ’s extreme dovishness will remain a clear headwind for the JPY over the foreseeable future—and it is not unreasonable to expect yen loses to continue to the 130 mark,” Scotiabank strategists said.

The yen led losers against the dollar with the Japanese unit weakening 0.8% to cross the 126 yen to the dollar level. It was trading 0.5% weaker at 126 yen in London.

Though U.S. monthly underlying inflation pressures showed some signs of moderation in Tuesday’s data, traders ramped up bets that the U.S. central bank will accelerate its monetary tightening measures this year.

“The dollar will continue to do well versus the low-yielders such as the euro and the yen,” said Kenneth Broux, an FX strategist at Societe Generale in London.

Against a basket of six major currencies, the dollar edged 0.1% up to 100.52, its highest since April 2020. It has gained nearly 3% so far this month and is on track for its biggest monthly rise in nine months.

Elsewhere, the kiwi was buffeted after the Reserve Bank of New Zealand announced its sharpest rate hike in two decades to curb inflation.

While the 50 basis point rise was larger than many economists had expected, it was within traders’ expectations, and policymakers tempered the move by not lifting their projected peak for rates.

The euro fell to $1.0821 overnight, its lowest level against the dollar in more than a month and hovered nearby at $1.0837 in London trading.

German lawmakers called for an embargo on Russian oil as soon as possible, which if implemented would further weigh on the region’s growth prospects.

The Australian dollar and the offshore Chinese yuan weakened slightly after a surprise plunge in China’s imports added to investor worries about weakening demand.