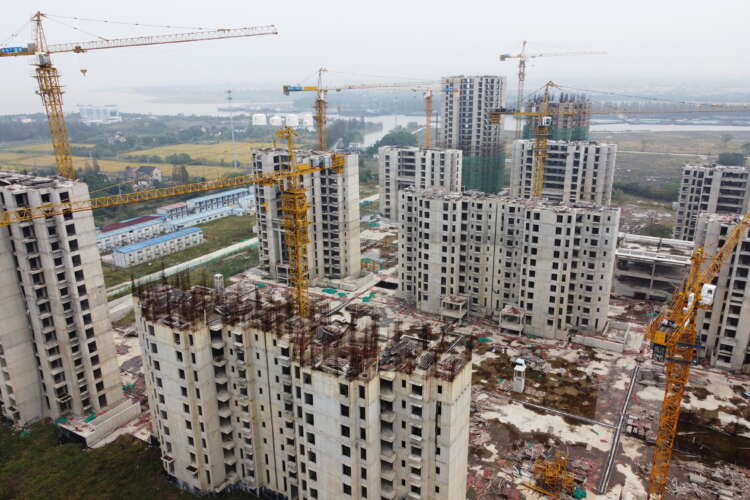 HONG KONG (Reuters) – Shares in China Evergrande Group shot up 4% on Monday after the embattled property developer announced plans to prioritise growth of its electric vehicles business over its core real estate operations.

China Evergrande New Energy Vehicle Group Ltd stock jumped as much as 17%, versus a 0.3% fall in the Heng Seng Index.

Evergrande, reeling under more than $300 billion in liabilities, last week appeared to avert a costly default with a last-minute bond coupon payment, buying it another week to wrestle with a looming debt crisis.

Evergrande chairman Hui Ka Yan said late on Friday that the company would aim to make its new electric vehicle venture its primary business, instead of property, within 10 years.

Property sales will slow to about 200 billion yuan ($31.31 billion) per year by that time, compared to more than 700 billion yuan last year, he added, the state-backed Securities Times reported.

The developer separately said on Sunday it had resumed work on more than 10 projects in six cities including Shenzhen. Many of its projects across the country had been halted due to payments owed to suppliers and contractors.

The report follows comments from senior officials including Vice Premier Liu He and central bank governor Yi Gang last week, who also said property companies were facing debt default issues due to poor management and a failure to adjust to market changes.