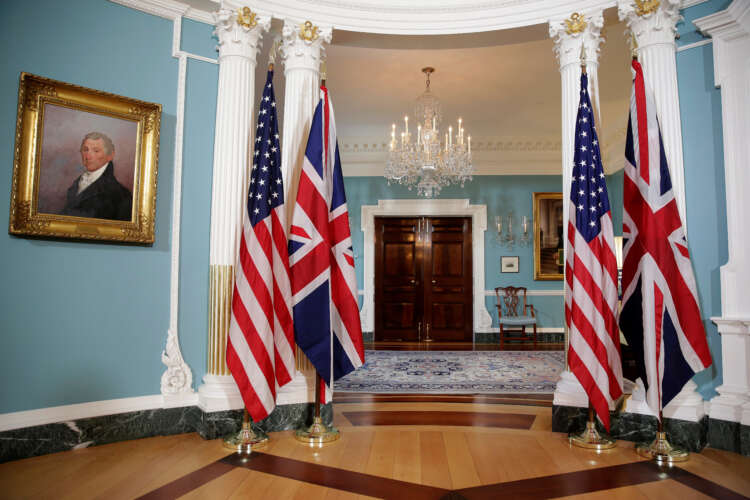 WASHINGTON (Reuters) – The United States will delay its deal to remove tariffs on UK steel and aluminum because of concerns about post-Brexit trade rules affecting Northern Ireland, the Financial Times reported on Wednesday.

The administration of former U.S. President Donald Trump imposed 25% and 10% tariffs on steel and aluminum imports on the European Union in 2018. The tariffs were withdrawn in October of this year, but they remain in place for Britain due to its exit from the EU.

In a communication seen by the newspaper, a U.S. Commerce Department official was quoted as saying that talks with the UK on easing metals tariffs could not move ahead.

Article 16 is an emergency brake that allows the UK or EU to seek to suspend parts of the Brexit agreement that introduced some checks on the movement of goods to Northern Ireland from mainland Britain if they lead to persistent difficulties.

The FT said that the United States had informed the UK about the reason for the delay.

The UK department of trade said: “We do not see any connection with this particular issue and the Northern Ireland Protocol and it will in no way affect the UK’s approach. That is because significant changes are needed to the Protocol in order to protect the Belfast (Good Friday) Agreement and Northern Ireland’s place in the UK internal market”.

A British government spokesperson said the UK is in regular discussions with U.S. Trade Representative Katherine Tai and Commerce Secretary Gina Raimondo on the issue and remained focused on agreeing a resolution for removal of tariffs.

The United States has expressed grave concerns that disagreement between London and Brussels over the implementation of the 2020 Brexit treaty could undermine the Good Friday accord, which effectively ended three decades of violence in Northern Ireland.

In September, U.S. House of Representatives Speaker Nancy Pelosi cautioned that there could be no post-Brexit trade deal with Washington if the Northern Ireland peace agreement was destroyed.