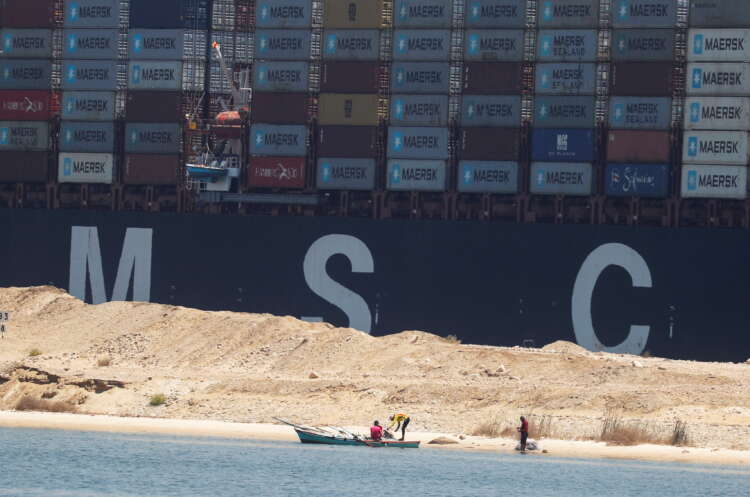 After taking delivery of several ships last year, MSC or Mediterranean Shipping Company has capacity to move the equivalent of 4,284 million twenty-foot containers, Alphaliner said. That compares with Maersk’s 4,282 million.

Both companies, which according to Alphaliner hold markets share of around 17%, said size was not the objective.

Asked for comment, Maersk, which has been the biggest shipper for decades, referred to comments made by CEO Soren Skou in May.

“I would like to be CEO of the world’s largest shipping and logistics company, and I believe I have a good chance of holding on to that for some time to come,” Skou said.

“Our goal isn’t to be number 1. Our goal is to do a good job for our customers, delivering strong returns and not least be a decent company for all other stakeholders doing business with Maersk.”

Bottlenecks caused by a surge in demand for consumer goods as the world emerges from the initial pandemic impact has driven container shipping rates to record highs.

MSC, privately owned by the Aponte family, said in an emailed statement it emerged at the world’s biggest container carrier after investing in new ultra-large vessels “to meet the acceleration of global trade and specific client demand for our services”.

“At MSC, we never set a specific target to be the biggest. Growth, profitability and supporting customers are what have driven us,” said MSC Chief Executive Soren Toft, who joined the company from Maersk in late-2020.

Since 2016, Maersk has sold its oil and gas business and bought such as warehouses to transform itself into an integrated logistics company rather than a conglomerate.

It owns the majority of its container shipping capacity, while MSC has chartered some two-thirds of its capacity, Alphaliner said.

Alphaliner says CMA CGM and Cosco are the third and fourth biggest container shipping companies with 12.6% and 11.6% market share, respectively.