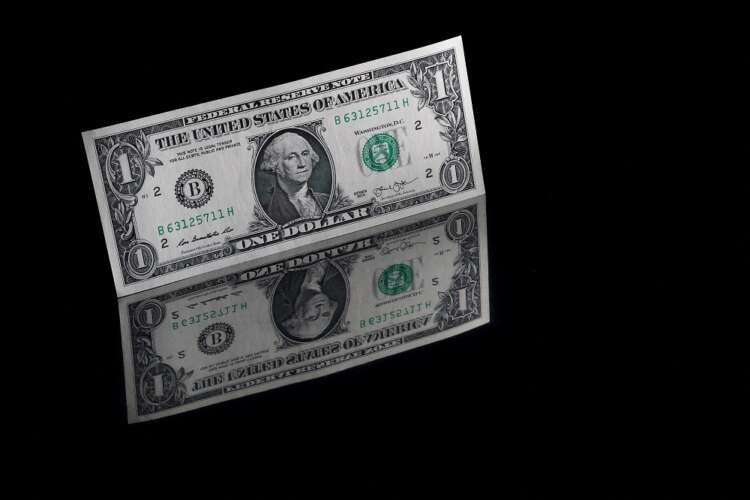 LONDON (Reuters) – The dollar retreated slightly on Friday but was still on course for an on-week gain before the release of U.S. labour data that investors think could reinforce the case for early Federal Reserve interest rate hikes.

While markets eagerly awaited the U.S. job update, traders were unmoved by euro zone inflation rising to 5% in December, a record high figure that was above analysts’ consensus forecast for 4.7%.

The euro ticked down after the data and settled just above the flotation mark against the dollar with a modest 0.04% rise to $1.1304.

“Normally, a high inflation reading implies a currency to rise because its central bank tends to raise interest rates accordingly,” commented Ulrich Leuchtmann, head of FX and commodity research at Commerzbank in Frankfurt.

“But ‘normally’ does not apply in this case to the euro because the ECB is on ‘wait and see’,” he said.

Euro zone policymakers have repeatedly said they expect inflation to gradually slow down in 2022 and expressed confidence a rate hike will likely prove unnecessary this year.

The yen has been the most prominent casualty of the dollar’s strength in the first trading week of the year, as investors reckon the Bank of Japan will lag others on rate hikes.

It is up about 0.6% on the yen this week and about 2.7% over five weeks. The dollar is also eyeing its best week in more than a month against the Australian and New Zealand dollars.

The release on Federal Reserve meeting minutes on Wednesday supported expectations that the Fed could raise rates as soon as March and several times this year, pushing up U.S. yields and the currency.

“It’s a surprise the dollar hasn’t done better this week on the surge in Treasury yields and the hawkish FOMC minutes”, said Kenneth Broux, an FX strategist at Societe Generale in London.

Elsewhere, sterling has held its own this week as traders figure the Bank of England will soon begin its own hiking path. It last bought $1.3547, not far from Tuesday’s two-month high of $1.3599. It is near a two-year high on the euro.

The big moves in the U.S. bond market have unsettled traders’ sentiment across asset classes. Cryptocurrencies have dropped sharply in thin holiday trade.

Bitcoin hit its lowest since September in Asia trading at $40,939 but recouped some losses and ticked up to $42,339.