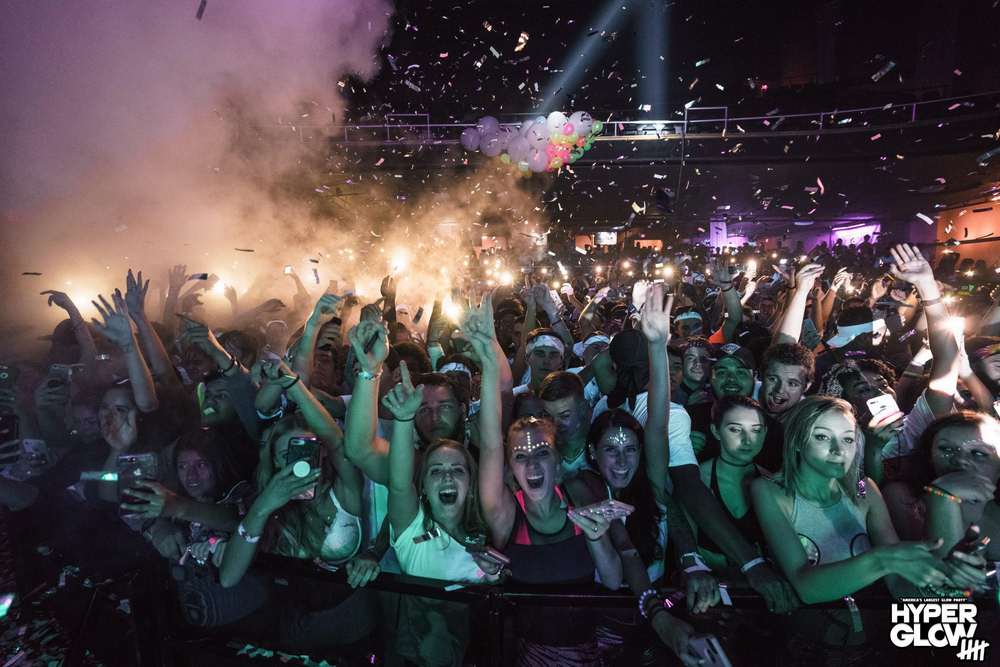 Concert production company, Hyperglow, and leader in blockchain-based live event ticketing, Blockparty, announced a partnership to integrate blockchain technology into the ticketing for Hyperglow’s upcoming three-city tour. The shows will take place throughout November and December, including stops in:

Claude Elie, CEO of Hyperglow Tour, said “We’re very excited to be integrating blockchain into our live events. Our millennial audience is very forward thinking and are early adopters of new technologies. Cryptocurrencies are arguably one of the world’s hottest technologies right now and we felt that we wanted to be at the forefront of it within our community. After attending a Blockparty-ticketed event, we were wowed with what they are doing and the partnership became quite an obvious progression.”

Founded by top executives from the live events and blockchain industries, Blockparty leverages the power of blockchain technology to eliminate common frustrations with the current ticket purchasing experience such as ticket fraud, lengthy event check-in protocols, and predatory secondary market resellers. Blockparty is the first blockchain-based ticketing platform to see real world use and mainstream adoption amongst consumers and event producers, and was most recently used to ticket America’s first-ever fully blockchain-powered music festival ‘Best Life’ which took place in Miami on September 15 and featured a lineup of today’s hottest R&B stars including H.E.R and Ella Mai.

Shiv Madan, CEO of Blockparty, said “This partnership, coinciding with Hyperglow’s five-year anniversary, shows the Hyperglow team’s commitment to innovation, and eagerness to engage their keep their customers satisfied by reaping the benefits of exciting new technologies. Hyperglow event goers will no longer need to worry about massive resale prices on tickets or being forced to wait in tiresome lines with ticket verification and can instead focus on enjoying the party. Thes best part of Blockparty is that fans don’t need any prior knowledge of how blockchain technology works, as the tech operates seamlessly in the background. All they need is a smartphone and the Blockparty app.”

Tickets for Hyperglow’s events in Syracuse and Niagara Falls will be available Monday, September 24th at 12:00pm ET through the Blockparty app on iOS and Android. For more information, visi thttps://www.hyperglowtour.com/ and www.goblockparty.com.