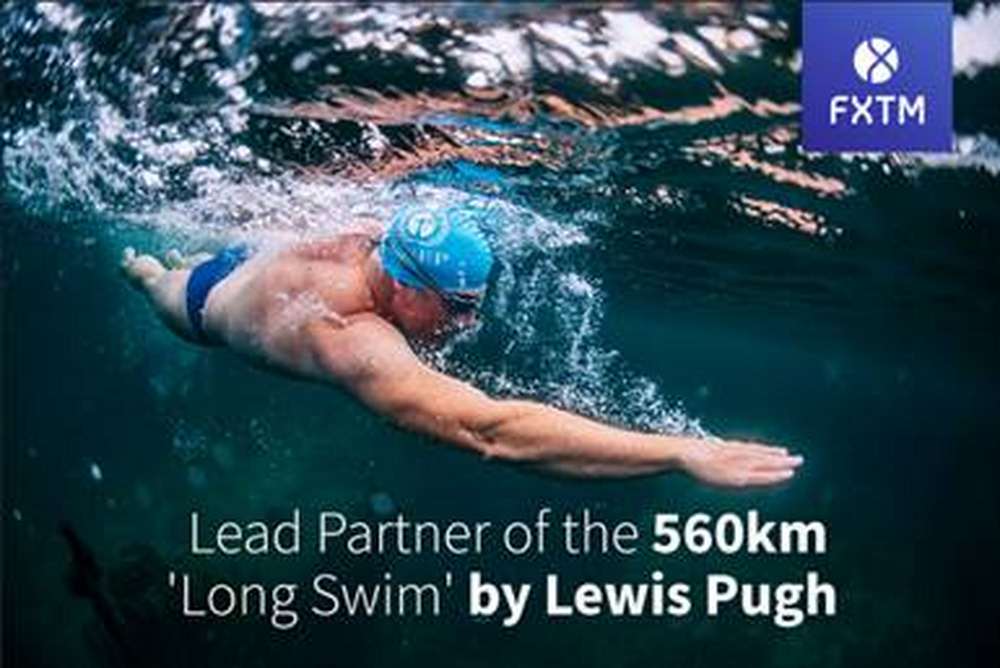 FXTM supports the endurance swimmer in his latest challenge – The Long Swim. The challenge aims to set a world record upon completion of the first full 560km swim along the English Channel

Global award-winning forex broker, FXTM is delighted to announce its partnership with United Nations (UN) Patron of the Oceans, Lewis Pugh, as its Brand Ambassador. FXTM will be the lead sponsor for the renowned endurance swimmer’s upcoming planned challenge – The Long Swim. The challenge will be officially launched at the Institute of Civil Engineers in Central London on Tuesday, 10 July.

The partnership between FXTM and Lewis Pugh will set another milestone achieved by both FXTM and Lewis Pugh; it marks the first global CSR initiative for FXTM, and The Long Swim aims to set a new world record upon completion as Lewis becomes the first person to swim the full length of the 560km English Channel. It will be the first in a planned series of challenges over the next decade for a global campaign called Action for Oceans, whereby the iconic endurance swimmer aims to secure 30% of the world’s oceans as Marine Protected Areas (MPAs) by 2030.

Commenting on this exciting partnership with Lewis Pugh, Nicholas Defteras, Chief Executive Officer of FXTM said: “We are extremely inspired by Lewis’ relentless effort for ocean preservation and we proudly welcome him as our Brand Ambassador for the next year. FXTM shares many similar values with Lewis, one being that we both take education to heart. Only through education can we make an informed decision – be it an investment strategy or making a difference for our oceans.”

“We applaud Lewis’ courage and relentless enthusiasm for the ocean. By supporting him in The Long Swim, we hope that our #FXTMGoesBlue campaign will be able to inspire protection of the world’s oceans. This would make a lasting impact not only for us, but also for the generations to come,” adds Defteras.

Lewis Pugh, UN Patron of the Oceans, explains: “Oceans are our source of life – it is never too late for us to protect them. I am grateful to have FXTM’s support during this challenge – they are a truly international company that understands local needs and this is a global issue that will effect local communities, like the ones around the English Channel, in different ways.”

“The Long Swim also represents the beginning of our partnership with me as their Brand Ambassador. It is heartening for me to see FXTM supporting such a vital issue as part of their corporate social responsibility. Our alliance is perfectly suited thanks to the similar values we share, our combined commitment to this noble cause, and determination to see it through, will help us achieve great things together.”

Lewis Pugh is a sworn protector of our oceans. As an endurance swimmer and ocean advocate, Lewis has pioneered swims in the most challenging and awe-inspiring marine ecosystems on Earth over the past 30 years. He has tackled sub-zero waters across the Antarctic, North Pole and Himalayas. The Long Swim is Lewis’ greatest challenge yet, where he will be battling unpredictable and congested water without protective gear. The swim will commence on 12 July in Land’s End and is expected to be completed by 29 August in Dover.

To read more about this partnership, please visit FXTM.