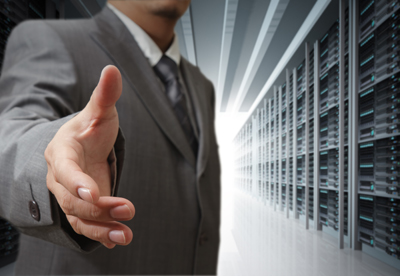 Morrison & Foerster announced that Joseph R. Palmore, a former Assistant to the Solicitor General at the United States Department of Justice and former Deputy General Counsel of the Federal Communications Commission, has joined the firm as a partner and will co-chair its nationwide Appellate and Supreme Court Practice with Deanne Maynard. Both Mr. Palmore and Ms. Maynard are recent veterans of the Solicitor General’s office, giving MoFo broad and deep expertise in successfully advocating before appellate courts.

MoFo’s Supreme Court and appellate lawyers have represented clients in a host of high-profile appeals throughout the country. Recent appellate victories include a closely watched bankruptcy case in the Supreme Court of the United States in RadLAX Gateway Hotel LLC v. Amalgamated Bank; a Ninth Circuit win for JPMorgan Chase beating back putative class action antitrust claims; and multiple patent and other intellectual property victories for clients with household names like Yahoo!

“During the past decade, our appellate lawyers have distinguished themselves at the U.S. Supreme Court, while also expanding MoFo’s presence in the federal courts of appeals. We already have an exceptional group of appellate lawyers handling our clients’ most important appeals. Joe’s addition presents a unique opportunity to immediately and significantly expand our appellate footprint,” Morrison & Foerster Chairman Larren M. Nashelsky said.

In his nearly five years as an Assistant to the Solicitor General, Mr. Palmore argued 10 cases before the U.S. Supreme Court and served as principal author of more than 150 briefs in the Supreme Court.

“We are excited to continue to expand our appellate practice with an incredibly talented lawyer like Joe. He comes from a very elite group of appellate practitioners; not many lawyers in private practice have 10 or more Supreme Court arguments,” said Ms. Maynard. “Joe’s addition significantly scales up our appellate and regulatory litigation offerings. Joe’s experience, particularly in administrative law, will be immensely valuable to our clients navigating difficult regulatory issues,” she said.

Mr. Palmore’s appellate advocacy has received notable praise. Mr. Palmore was described in The New York Times as a Supreme Court advocate who demonstrates “the kind of composure that [now Chief Justice] John Roberts was praised for when he was in [the Solicitor General’s] office.” Mr. Palmore had principal responsibility for briefing the constitutionality of the Affordable Care Act’s minimum coverage provision, which was upheld in the Supreme Court’s landmark decision in NFIB v. Sebelius. Mr. Palmore’s oral argument on the preemptive scope of the Comprehensive Environmental Response, Compensation and Liability Act (CERCLA) in CTS Corp. v. Waldburger was described in The National Law Journal as “brilliant” and a “template for anyone arguing a statutory case before these nine justices in the future.”

“MoFo has a thriving appellate practice with extraordinarily talented lawyers, and I look forward to leading the group with Deanne and continuing its expansion,” Mr. Palmore said. “The firm’s commitment to collaborative, client-focused results and its broad litigation platform are truly impressive.”

Before joining the Department of Justice, Mr. Palmore spent three years as Deputy General Counsel at the Federal Communications Commission, where he oversaw all litigation involving constitutional, statutory, and administrative-law challenges to agency actions and argued 10 cases in the federal courts of appeals. His FCC experience includes virtually all aspects of communications regulation, including broadcast, cable, wireless, wireline, and Internet. In addition, he provided counsel to FCC officials on matters likely to result in litigation.

“Joe’s experience at the FCC is a tremendous value to our telecommunications clients,” said Kenneth Siegel the leader of Morrison & Foerster’s Tokyo M&A team, who regularly represents global communications company SoftBank in its corporate matters. “His insight into the rulemaking process, and appellate experience, is a terrific asset.”

During his tenure in the Solicitor General’s office, Mr. Palmore was awarded the Attorney General’s Award for Exceptional Service for his defense of the Affordable Care Act and the Environmental Protection Agency General Counsel’s medal for his successful defense of the EPA’s interstate air pollution rules in EPA v. EME Homer City Generation. He clerked for the Hon. Ruth Bader Ginsburg of the Supreme Court of the United States, the Hon. John Gleeson of the U.S. District Court for the Eastern District of New York, and the Hon. Dennis Jacobs of the U.S. Court of Appeals for the Second Circuit in New York. Mr. Palmore earned his J.D. from the University Of Virginia School Of Law, his M.A. in legal history from the University of Virginia, and his A.B. from Harvard University.

Mr. Nashelsky added, “Mr. Palmore is the latest in a series of high-profile partners out of government who recently have joined our D.C. office, which is one of our critical markets for expansion.” These include Chuck Duross, the leader of the firm’s global anti-corruption practice and former head of DOJ’s FCPA Unit; Marty Dunn, a Corporate Finance partner and 20-year veteran of the U.S. Securities and Exchange Commission; Lynn Levine, former director of the U.S. International Trade Commission’s (ITC) Office of Unfair Import Investigations; and Steve Kaufmann, a litigator and former Obama appointee to the chief of staff position at the Millennium Challenge Corporation.