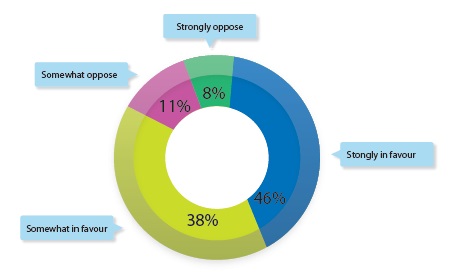 The Chartered Institute for Securities & Investment (CISI) has launched a Speak Up campaign encouraging financial services industry firms to adopt a Speak Up policy, to help staff report violation of company policy, the law or any failing which impacts standards and has suggested a financial hardship fund be set up to provide comfort to potential whistleblowers.

To support the initiative, following consultation with its members, the CISI has produced a Speak Up Interactive Workshop and Professional Refresher Module, which will allow firms to encourage staff across the organisation to think about how they can, and would, respond to potential issues.

With live voting and interactive discussions, the Speak Up Workshop allows staff the opportunity to discuss and debate a series of true life scenarios and understand how to speak up with confidence.

The CISI Professional Refresher module explains what is and isn’t whistleblowing and educates individuals on the best way to speak up in the workplace.

The CISI encapsulates the Speak Up message through a SPEAK mnemonic, which sets out the stages of Speak Up (See, Prepare, Evaluate, Act and Keep Trying). The CISI also sets out four steps of Speak Up: raising concerns informally within your company; raising concerns formally (perhaps through the firm’s whistleblowing policy); making an external disclosure to the regulator; and finally, making a public disclosure to the media or the Government. The last two stages represent how traditional whistleblowing disclosures are made, whilst the first two stages are where the CISI believes Speak Up can make a difference.

CISI revealed that a recent survey of 1,119 people indicated overwhelming support for introducing US-style whistleblower incentives to the UK. When asked: “Financial incentives to US whistleblowers get results. Should the UK likewise offer rewards to encourage reporting of wrongdoing by companies?”, 46% of respondents were “Strongly in favour”, while 38% were “Somewhat in favour”, with 11% “Somewhat opposed” and 8% “Strongly opposed”.

Simon Culhane, Chartered FCSI and CISI CEO said: “Our Speak Up programme attempts to address the issue of compensation by giving individuals the tools and the confidence to speak up early, without financial incentives, and by encouraging open cultures within firms where employees are encouraged and protected when speaking up, so compensation is not necessary, but financial protection is.

“Speaking up carries fewer negative implications than whistleblowing and suggests a more open culture which is, in turn, the aim of having a speaking up policy or programme. “Speak Up” is about creating a culture where an individual feels comfortable raising issues of concern within a firm at the earliest point of uncertainty about a violation, rather than whistleblow, which we consider occurs when there is no other alternative and an individual may be in a desperate situation. We would encourage all firms in the industry to establish a Speak Up policy.”

“Although both the Financial Conduct Authority and the Department of Business Innovation and Skills have said that they are not in favour of providing financial incentives to whistleblowers, the CISI believes that the very real financial repercussions all too often suffered by whistleblowers means that they should be provided with financial support.

“A 2013 survey by Public Concern at Work and the University of Greenwich (Whistleblowing: The Inside Story) revealed the difficulties experienced by whistleblowers. 60% of the 1,000 callers surveyed did not get any response from management, and when a response was received, it was generally not supportive. Of the remaining 40% (399 people), the most common response, experienced by 33% (132 people) was formal action short of dismissal such as demotion, suspension or disciplinary. The second most common response was dismissal – with 24% of individuals (96 people) being dismissed after initially raising a concern. In financial services, 81% of whistleblowers stated their position had worsened after their first attempt at raising a concern.

“Accordingly, we suggest that a financial hardship fund should be established, financed from fines imposed by the regulator, to provide comfort to potential whistleblowers that they will receive financial support where necessary.”