PSD2 - THE PINNACLE FOR A HARMONISED PAYMENT PLAYING FIELD 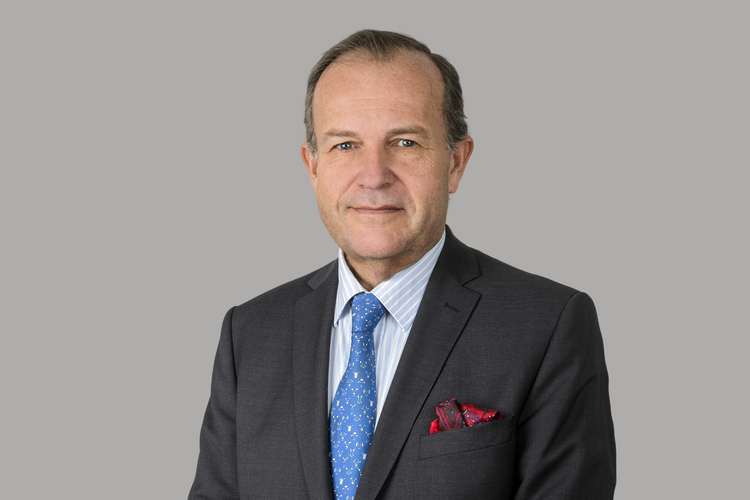 Payment experts and senior bank managers are facing fresh challenges with Payment Service Directive 2 (PSD2)coming into force in January 2018. Here, Bertrand Lavayssiere,Partner and Managing Director at zeb, takes a look at the background to this latest step in a long journey towards a harmonised payment system across Europe, and the impact this new regulation is set to have on the industry.

As far back as the turn of the century, payments have featured prominently in discussions amongst EU leaders. In the Lisbon Agenda in 2000, they outlined their vision of creating a level playing field for European citizens and corporates in the Eurozone. This initiative was called the Single Euro Payment Area(SEPA), and they sought to improve the efficiency of cross-border payments and turn the fragmented national markets for euro payments into a single domestic one. It was anticipated at the time that such an initiative would create a 2% GDP growth. It took close to 14 years to see any noticeable change, however. Two tangible signs of movement were changes introduced in the PSD1 and the SEPA instruments rulebooks. The aim of PSD1 was to harmonise the generic terms and conditions of a payment for EU members. This had previously proved extremely difficult to do, owing to the fact that each market had its own commercial laws. A good example to illustrate such difficulties can be seen with the definition of what constitutes the transfer of ownership being complete in a transaction. In certain countries, this is when the bill is issued, whereas in others, it is when the payment is received.There are similar differences with payment terms, too. PSD1 provided a solution to these challenges and as such was rightly seen as a revolution for commercial law and payments terms. It also brought about significant change to the structure of the revenue stream for banks in the payment space.

The SEPA initiative harmonised two major payment instruments: credit transfer and direct debit. The initial rulebooks were the subject of heated debate. This resulted in compromise which, for many, was seen as a regression to the local market practices, although subsequent versions did improve the situation. The launch of the SEPA instruments has generally been seen to be a great success, evidenced by the fact that the other instruments were decommissioned by law.

Thesesignificantinitiatives and the subsequent IT investments did not, however, yield the expected results. The EU examined the 2% GDP growth projection and published a document that showed the actual growth figure to be no more than 0.3%. It is noticeable that a number of payment instruments in widespread use – in particular, cards and cash – were only marginally affected by SEPA.

From a micro-perspective, such as a bank’s viewpoint, this created a healthy review of the payments business model.It subsequently led to some major projects designed to reinvent their payment offerings and engineer recuperation of risk of revenue losses and investment costs.

PSD1 also invented a new player, the Payment Service Provider (PSP). The views of the law makers were that payments could be done by a dedicated unit which did not necessarily need to be a banking group, and this paved the way for further major transformations within the payments industry.

In light of this, there was a perception from regulators that there was still more to be done – the cake was, so to speak, only half-baked. PSD1 has not yet changed the equilibrium, nor the market shares, among market participants. Cross-border payments remain at a mere 2% of transactions at euro level. The main reason is that, although payments are at the core of the banking activities, they are linked to other banking activities such as current account management, credits, savings, securities dealings, which are generally fixed and unlikely to change.For many of us, the most astonishing result has been that for a payment instrument used for close to 50% of electronic transactions -i.e. debit or credit cards – the actual standards adhered to are the ones from international card schemes (Visa, MasterCard, and the like) – not exactly a very European approach, is it?

So,have the regulators created PSD2 in an effort to revolutionise card and cash payments? Not really,in my opinion -it is about refinement ofthe PSPs.

PSD2 will create new bodies replacing the PSPs: the account aggregators (AIPSP) and the payment initiators (PIPSP). Theaim is to facilitate new players in the payment field. One of the features of PSD2 is that account holders (banks mainly) should be able to provide the AIPSP and PIPSPwith access to their customers’ data. This will certainly be of interest to non-traditional players,suchas start-ups, who, for first time, will be able to access the payment data of a customer base easily. The jury is still out on how exactly this is will transform the payment market.

Along with PSD2, the European Central Bank and the EU have pushed a new SEPA instrument, SCTInstor Instant SEPA credit transfer, which will allow funds to be in the payee’s account in less than 10seconds. It will be launched in November 2017 and demonstrates how close we now are to real-time payments.

To conclude, the efforts of the regulators are geared at streamlining and accelerating the pace of the payment market, building on past successes in some areas. From a customer perspective -namely individuals, professionals and SMEs – every market survey reveals the same findings: “we are happy with our current payment instruments sowhy adopt a new one?” The message to the industry and policy makers is clear – customers will only adopt new payment instruments if they create sufficient value.Effectively disrupting the market share of instruments means fighting against the well-entrenched payment habits of satisfied customers.

One hypothesis with PSD2 is that facilitating new players with integrated services, including payments, will change the rules of the game – a bit like PayPal did when it created an easy payment solutionfor the eBay market place. Google, similarly, has created several successive concepts of payment wallets, yet none of these have yet delivered the anticipated success.

True growth and development of payment instruments will only come with value-added service. So,whilst PSD2 is onestep closer to achieving the goalsfirst set out in theLisbon Agenda, there’s still a long road aheadin order to reach the end goal of a truly harmonised payment system.