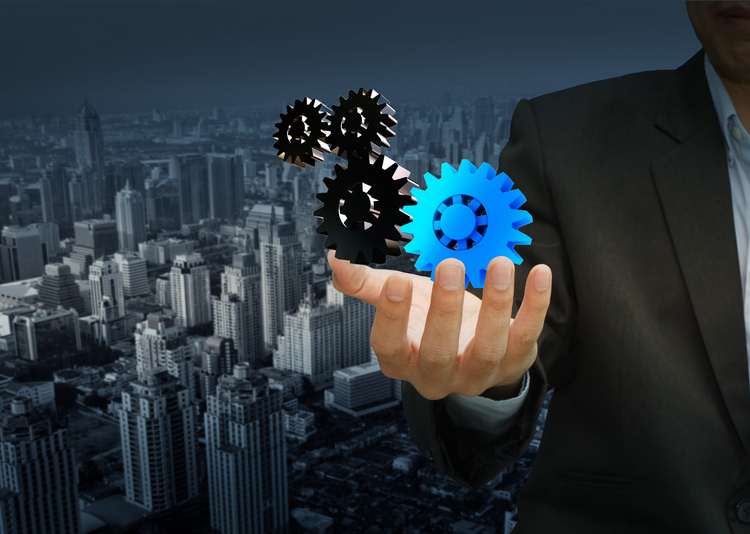 The financial services industry has understood the potential hidden in applications of Artificial Intelligence (AI) for some time. Of the 5,000 FinTech start-ups identified by a 2016 report by Ernst & Young, a large number are set to bring intelligence to a banking world that often lacks innovation.

AI is particularly proven to be helpful in disciplines such as client servicing, trading, post-trade operations such as reconciliations, transaction reporting, tax operation and enterprise risk management, just to name a few.

The media discussion about AI however has gravitated heavily around the idea that machines will soon replace humans, leaving them with nothing to do, or at best forcing humankind to become data scientists. Similarly, a study released in 2017 by PWC points to a similar trend: ‘AI will gradually replace humans in some functions like personal assistants, digital labour, and machine learning.’

This is not going to happen over night, and probably never will to the extent the extreme arguments of imminent mass un-employment are making. Challenges against AI will persist because of bias, privacy, trust, lack of trained staff, and regulatory concerns. But change is coming.

When in 1950 mathematician Alan Turing asked, ‘Can machines think?’ he did not imagine that this question would trigger decades of research and the rise of an entire new market. Yet, in 2014, Google invested US$400 million in AIstart-up DeepMind.

If indeed technological development is inflecting the job market by making some jobs obsolete while creating new ones, the truth is that AI is not about to automate most financial professions. Rather, it aims to complement human intelligence.

Augmented intelligence, in which machines assist humans, could be the near-term answer. Future decision-making processes in banking, for instance, will be 34% informed by machine algorithms and 66% by human judgment.

A sub-field of AI is a particularly strong example of applications of augmented intelligence – Natural Language Processing. NLP is the development of systems capable of reading and understanding the languages that humans speak. At the heart of this technology is the effort of interpreting a large amount of so-called ‘unstructured data’ (i.e. data that cannot be read by machines yet, such as PDF files, images and audio material).

FinTech is leveraging this technology because it significantly improves customer interactions, and not only by implementing chatbots. The financial industry is a knowledge-intensive sector and key tasks require the reading and understanding of large amounts of information that are, indeed, only partly structured. NLP will make processes much easier, faster and more precise with less effort than ever for humans.

Start-ups such as MonkeyLearn are already leveraging NLP to automate business intelligence information, whereas leading Japanese asset manager Nomura Asset Management (NAM) is investing to understand whether this technology can improve the decision-making processes of portfolio management’s investors. Even providers of legal services are turning towards NLP, using automated document analytics and law case reporting within due diligence processes.

Recently, Google has founded the People + AI Research Initiative (PAIR) to better explore these interactions with the support of researchers from MIT. Similarly, a group of international researchers from different organisations support the idea that AI is more a myth to debunk than a field of study and, therefore, its content should be better disseminated to the wider public. A member of this collective, Barbara J. Grosz from Harvard University, notes that science is increasingly interested in developing systems that work with people instead of machines that replace them, imagining ‘…a future in which computer systems make us feel smarter, not dumber, and work seamlessly with us, like a good human partner.’ Such approaches go almost completely unnoticed in the media debate, although they envisage a business world where machines make our lives easier and businesses more profitable.

When we started to work at our new virtual data room, Drooms NXG, putting our users at the heart of the software was our goal. Aware of the fact that the biggest issue for users of our data rooms was to keep up with time-consuming and demanding document analysis, we wanted to implement the most effective technology to make this possible. As NLP enables the reading and understanding of language, we then saw a huge opportunity in applying this new technology to apprehend the content of data room documentation.

It is important to remember that these solutions were not developed with the goal of replacing manpower with automated data analysis. On the contrary, the goal of technologists is to empower human experts by developing intuitive tools that don’t feel like a burden but make their decision-making more accurate and their business lives more successful.

PSD2 – THE PINNACLE FOR A HARMONISED PAYMENT PLAYING FIELD