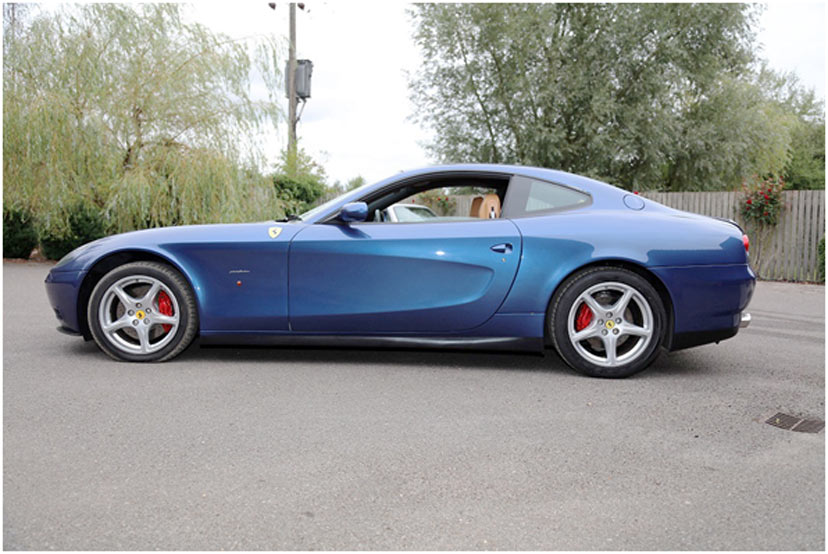 The great musician and car collector specified a number of options on this Ferrari which contributed to its seven-week build time from Thursday 17th June to Tuesday 27th July 2004. 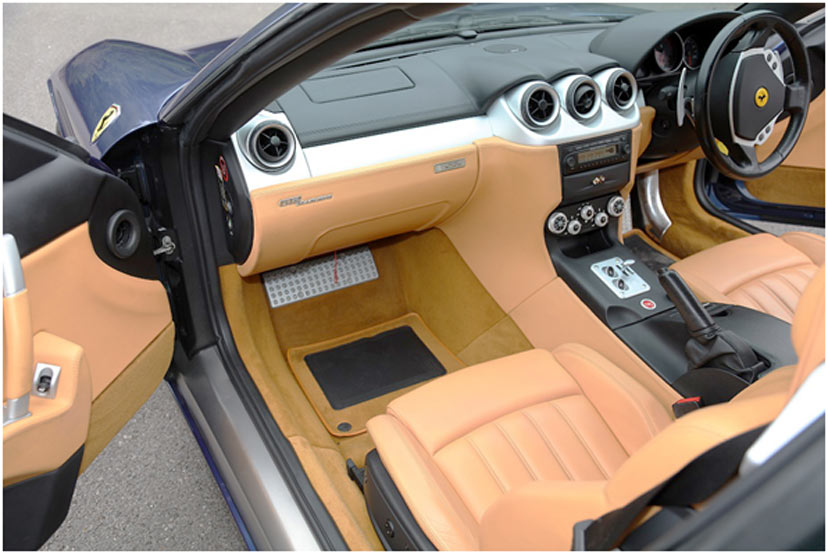 The London Ferrari agents, HR Owen first registered ‘RX54 BCK’ on the 8th September 2004 to Mr Eric Clapton. The dashboard of the 612 has a plaque fitted by the Factory that says Built for Eric Clapton.

He plainly enjoyed the four-seater as when the car returned to HR Owen for sale four years later, to be replaced in November 2008 with another 612 F1 (Chassis Number 163430), it was with some 12,000 on the odometer. The Ferrari was sold to its second owner Mr Joe Conetta of Lancashire in May 2008 who re-registered it with his own number. The car was returned to its original registration number by its third registered keeper.

‘RX54 BCK’ comes with a factory original service book, handbooks, wallet and tools as well as past invoices. It has an impressive service record.

Mark Hawkins who worked at Maranello Sales and who is a friend of Clapton’s, recalls ringing him to ask what he thought of the 612. Clapton said he found it a large car on the Surrey roads, but an absolute delight to drive through France to his house in the South.

The car is a four-seater with a fiery dynamic look that breathes power yet inside it is deeply luxurious and is a thrillingly agile and sophisticated drive that is comfortable in the city but really designed for longer journeys. The roomy interior is complimented by a boot designed to take six pieces of luggage custom made for the car.

The 612 Scaglietti was the first all aluminium Ferrari 12 cylinder to be built.

It features a sound system to satisfy the most demanding of listeners including a rock star.

Both the 612 Scaglietti’s chassis and body shell are made from aluminium, of course. Sophisticated production and assembly technologies developed in collaboration with American company Alcoa have resulted in a significant reduction in overall car weight and exceptionally high torsional rigidity, both essential factors in delivering the blistering performance demanded of any Ferrari.

The 612 Scaglietti boasts a spaceframe chassis. In fact, its structure is made up of straight aluminium extrusions connected by casts which act as joints. Sheet aluminium reinforces the structure The chassis architecture also includes four large castings on which all the suspension and steering mounting points are CNC machined. This guarantees the correct dimensioning of the structure in the areas of greatest stress. 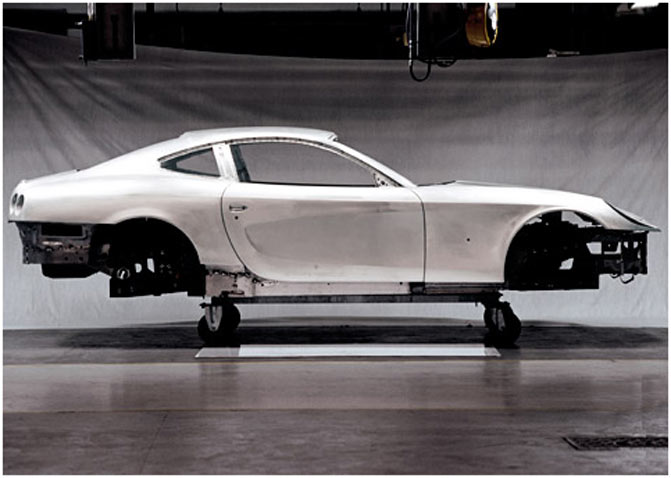 A genuine four-seater Ferrari, the all-aluminium 612 Scaglietti is the result of an avant-garde design that guarantees the pure, thoroughbred performance demanded by Ferraristic combined with uncompromising driver and passenger comfort.  The 2+2 model signalled a major leap forward on several fronts.  Ferrari changed the rules of the game with the 612 Scaglietti to suit the tastes and needs of a highly sophisticated clientele now demanding elegance, dynamic comfort and space, in addition to blistering performance.  The inspiration for all this, of course, comes, as ever, from that unique powerhouse of cutting-edge research, Formula 1.

Damian Jones, Head of Sales at H&H Classics, says: “This is a car with all the fiery temperament and driving pleasure of a thoroughbred Ferrari, combining thrilling performance, agility and safety.  But it also goes a step further, offering rear passengers two comfortable, roomy seats. The 612 Scaglietti was designed to combine the roominess of a grand tourer with the blistering performance of a sports Berlinetta.  In terms of aerodynamics, this meant ensuring maximum performance despite the larger dimensions overall.”