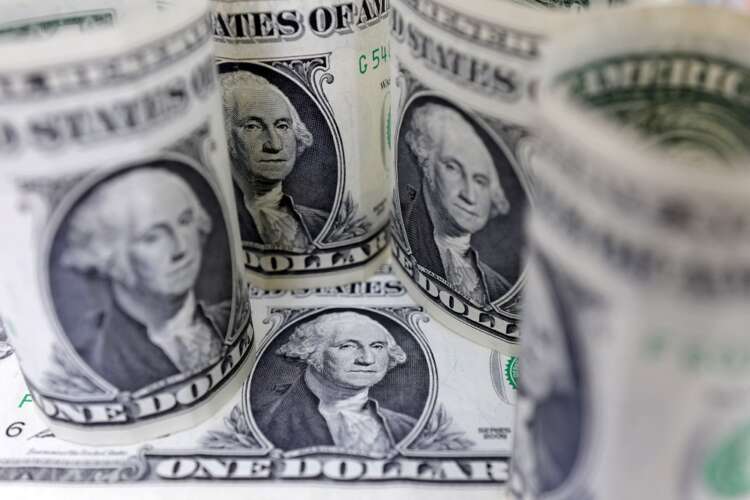 LONDON (Reuters) – The U.S. dollar edged higher on Friday, attempting to recoup some losses after its sharpest daily drop in more than two weeks, as traders turned their attention to U.S. jobs data for further clues about the strength of the economy.

The U.S. dollar index, which measures the greenback against a basket of currencies, was up 0.21% to 105.92, after sliding 0.68% on Thursday, the largest fall since July 19. It remains around 3% below its mid-July high.

Investors await the key U.S. nonfarm payrolls report due at 1230 GMT, which will provide hints of how the U.S. economy is faring. Economists expect an increase of 250,000 jobs for the month of July, after 372,000 were added in June.

However, signs of softening in the labour market could already be underway, as data on Thursday showed that the number of Americans filing new claims for unemployment benefits increased last week.

“A far stronger than expected jobs report together with a considerable upside surprise in the average hourly earnings data in particular could see the USD broadly stronger,” said John Hardy, head of FX strategy at Saxo Bank.

The euro was down 0.17% against the greenback to $1.02285, within in its relatively narrow range of $1.01-$1.03 that its been trading in since July 19, as concerns about an European energy crisis are offset by fears of a slowing U.S. economy.

A stand-off over the return of a turbine that Russia says is holding back gas supplies to Europe showed no sign of being resolved on Thursday, as Moscow said it needed documentation to confirm the equipment was not subject to sanctions.

Meanwhile, sterling was little changed at $1.2156, a day after the Bank of England (BoE) raised rates by the most in 27 years to fight surging inflation, but warned a long recession was coming, beginning in the fourth quarter of this year.

“The BoE said we’re going to have a recession for five quarters, it highlights the bleak outlook for the UK economy and the pound.”

(Reporting by Samuel Indyk in London and Rae Wee in Singapore, editing by Ros Russell)