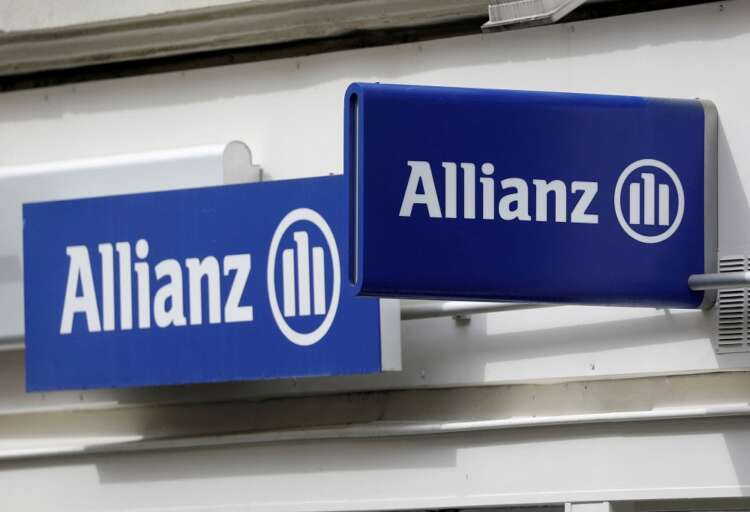 By Tom Sims and Alexander Hübner

FRANKFURT (Reuters) -Allianz spent around 140 million euros ($143.11 million) on restructuring to wind down a U.S. funds unit at the centre of a multi-billion fraud, the German insurer disclosed on Friday, an expense that added to a worse-than-expected 23% fall in quarterly profit.

Allianz in May agreed to shut down the unit, Allianz Global Investors in the United States, as part of a guilty plea for securities fraud and a $6 billion settlement with U.S. law enforcement and regulators.

The charge, unveiled in its second-quarter earnings report, is a remnant of the fallout of the case, which has dogged the finances and reputation of one of Germany’s most valuable companies for months.

The expense came on top of volatile markets that also dampened earnings. Net profit attributable to shareholders of 1.706 billion euros in the quarter to June 30 missed a consensus forecast of 1.846 billion and was down from 2.225 billion a year earlier.

Shares fell 2.5% midmorning in Frankfurt, among the biggest losers on the DAX index of blue-chip stocks.

But the insurer’s target of 2022 operating profit between 12.4 billion and 14.4 billion euros remains intact, the company said.

“We are well-positioned to manage the impact of high inflation and the economic pressures that are particularly evident in Europe,” Chief Executive Officer Oliver Baete said.

Volatile markets took a toll on Allianz in the quarter, prompting it to take a 282 million euro impairment charge and also contributing to a 12% drop in operating profit at its life and health division.

Analysts with Jefferies, which rate Allianz a “buy”, noted that the non-operating losses and corporate costs “were far higher than expected” and called the results a “mixed beat”.