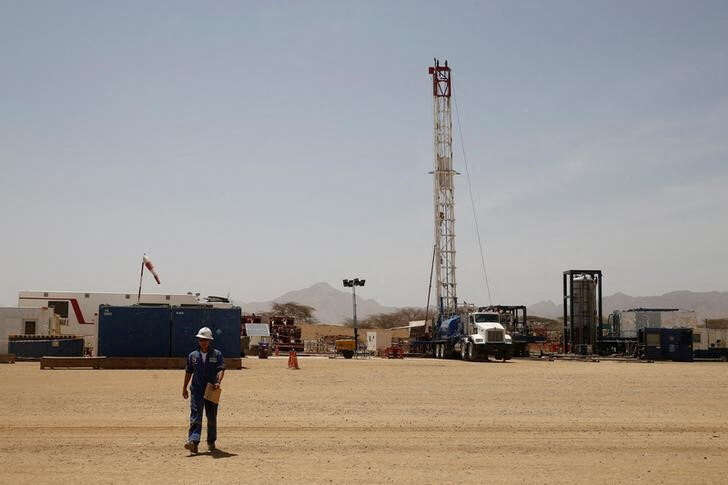 (Reuters) -Africa-focused Tullow Oil said on Friday it would abandon its drilling operations at an exploration well offshore Guyana after results showed the well bore water, sending its shares lower.

The group, which holds 37.5% of the Kanuku block where the Beebei-Potaro exploration well lies, said it would work with its joint venture partners before deciding on its next steps.

Spain’s Repsol, which operates the Kanuku licence, and TOQAP, a joint venture between Total and Qatar Petroleum, hold the remaining interests in the block.

Shares of Tullow fell as much 6% to 47.38 pence in early trade, among the biggest losers in London’s FTSE midcap index.

The results mark another disappointment for companies drilling offshore Guyana, Panmure Gordon analysts said, adding that the only block that has shown and delivered anything in the area was the Exxon-operated Stabroek.

London-based Tullow said the well that had been plugged had been drilled to a depth of 4,325 metres and had displayed a “good quality reservoir” in its primary and secondary targets, but was water-bearing.

Tullow had previously said it would limit capital exposure in Guyana, which is in the north of South America, possibly selling a portion of its stake to another company. It has so far not announced any plans to do so.

“Higher oil prices will help (defray) … the wasted capex, and suggests that the blocks held by Tullow are low quality (as the Orinduik block only has the sub-commercial heavy oil discovery),” Panmure Gordon added.

Tullow holds a 60% interest in the Orinduik block, its other licensed area in Guyana, with partners including Total and Eco Atlantic Oil & Gas.

(Reporting by Muhammed Husain in Bengaluru; Editing by Subhranshu Sahu and David Holmes)