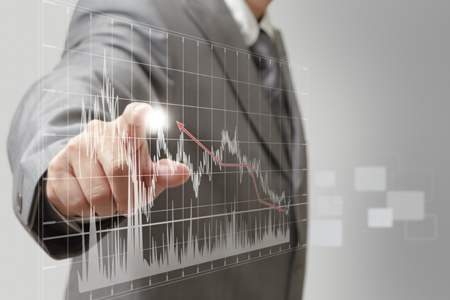 Majority of UK consumers have no intention of switching bank accounts, but will quickly adopt new services that are convenient and easy to use
Opportunities to disrupt status quo exist and banks must be ready to grasp them
History of adoption of new services shows there is likely to be a ‘tipping point,’ especially for younger customers who will follow where their peers leads

The much hyped ‘digital disruption’ in the UK banking sector may be taking place at a much slower pace than reports and commentators have suggested, and consumers are still in the early days of embracing and encouraging change, according to a YouGov and ACI Worldwide (NASDAQ: ACIW) online survey of more than 2,000 UK adults. The research suggests that the majority of account holders in the UK are in fact loyal to their banks, but will quickly adopt new services that are convenient and easy to use.

The research reveals that the overwhelming majority of current account holders in the UK (88%) have no intention of switching bank accounts within the next 12 months. 82 percent of consumers never use mobile payment services such as PayM or PingIT during an average month, and a staggering 59 percent never use mobile banking within this same timeframe. Further, 78 percent of those surveyed stated that it is unlikely they would use banking services offered by the likes of Google, Apple or Facebook—household names in today’s ‘digital age.’

Dean Wallace, Global Business Lead, Mobile Payments, ACI Worldwide comments:
“The results appear to fly in the face of the popular ‘banking disruption theory’ and suggest that the majority of consumers are in fact loyal to their banks, that they don’t really like change and are staying put. This could be because e-services offered by most UK retail banks today are simply not compelling or different enough for the majority of customers to change bank account providers.”

However, the results also suggest that change is happening, albeit more slowly than previously suggested. According to the survey, 50 percent of respondents are now regularly using third-party payment providers such as PayPal (i.e. once a month), thus moving away from using traditional ‘bank-endorsed’ methods of payments. 76 percent of current account holders online are using Internet banking at least once a month and 29 percent of UK consumers are now paying regularly via contactless cards, with Londoners leading the charge; 56 percent of respondents said they are using contactless payment methods every month.

“The reality among many consumers is that they don’t really know what they want until it’s available or already in use by friends or family. The fact that nearly 90 percent of current account holders will stay put with their current bank should only be a mild solace for banking providers, as who knows what will happen in the next year or two. It is now that banks need to differentiate themselves from their competition and find ways to better attract and retain their customers. In terms of providing easily accessible and flexible services, banks need to focus on those opportunities that exist and grasp them quickly. The history of adoption shows that there is likely to be a ‘tipping point,’ especially for younger customers who will follow where their peers lead.”

All figures, unless otherwise stated, are from YouGov Plc. Total sample size was 2,074 adults. Fieldwork was undertaken between 12th – 15th June 2015. The survey was carried out online. The figures have been weighted and are representative of all UK adults (aged 18+).

TIME TO INNOVATE: BANKS MUST FACE UP TO THE DIGITAL CHALLENGE

STUDY REVEALS FUTURE OF BANKING IS DISRUPTION THROUGH CO-OPETITION