STUDY REVEALS FUTURE OF BANKING IS DISRUPTION THROUGH CO-OPETITION 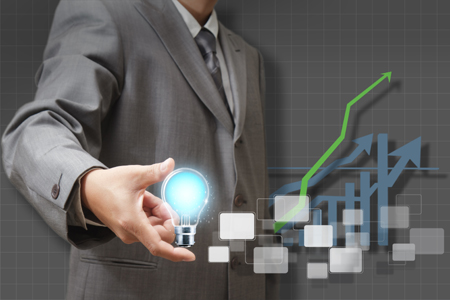 The financial services sector currently ranks second on a list of industries that are deemed to be ripe for disruption. An increasing number of nimble FinTech startups, funded by a rising wave of investments, are enthusiastically leading the charge. They, along with other marquee tech companies, are dominating the threat landscape for traditional banks.

Quite understandably, the incumbents are worried.

This year’s edition of the annual Efma-Infosys Finacle Innovation in Retail Banking study aims to take a closer look at the perceived impact footprint of startup companies on different aspects of the banking business.

The core business of banking – providing a current account with associated payment services – still seems to be relatively secure.  The most notable incursions into this space include MYBank, a branchless bank backed by the Alibaba brand, and Number26, a smartphone-only bank operating off the banking license of established German financial services company, Wirecard. In recent times, the U.K. has turned up a bevy of mobile-only challenger banks including Atom, Starling, Lintel, Open Bank and Mondo. In addition to this activity, there is the “bank-lite” movement, represented by Anytime in France and Nubank in Brazil, based on a limited service model but positioned as a better alternative to conventional banking.

Understanding the impact of startups

The study maps the perceived impact of new players on three broad banking functions –  products (payments, lending, savings and investment), personalized banking services (personal financial management, loyalty and rewards) and support services (digital marketing and credit scoring). A clear majority of banks expect to see the biggest impact in payments and digital marketing. Around 40 percent of banks believe that startups will have a high impact on personal financial management and loyalty and rewards. Most do not expect new entrants to have much of an impact in areas like savings and investments, lending and credit scoring.

But FinTech activities currently span the entire continuum of banking activities including those perceived as less prone to disruption. Companies like Vaamo, an online robo- advisory, and Digit, a Google Ventures-backed savings tool, are already shaking up the savings and investments market. In lending, startups like Affirm, an online consumer lending service from a PayPal founder, and Activehours, a smartphone app to streamline payday advances, are tapping into segments that have been largely underserved thus far.

Irrespective of immediate impact, startups are infusing new ideas and technologies into every aspect of the banking business. In some cases, they are directly competing with conventional banks. In others, they are launching products and services that could even help banks access new opportunities, segments and markets.

The future is co-opetitive

The bottom line seems to be that a strategy of co-opetition, rather than confrontation, could prove to be more beneficial to the industry as a whole. In general, conventional banks do seem to value the prospect of co-opetition in one form or another. Just over 40 percent of banks in the study are willing to work with startups as business partners, while a similar proportion express interest in working with them as suppliers. Most banks also believe that partnering with startups can help them accelerate their innovation cycles as well as deliver more impactful innovations.

More importantly, nearly a third of all banks say they already have a high level of experience in working with startups in the areas of payments and digital marketing. A significant majority also expects to increase involvement in the near future.

Thus far, there have been two models for building partnerships between banks and Fintechs – accelerators/incubators and corporate venturing.

Accelerators/Incubators: Nearly a fifth of all banks in the annual Efma-Infosys retail banking study already have incubators, either in-house (Sberbank in Russia), or with external partners (Barclays, DBS and Citigroup).

Sberbank, the largest bank in Russia, has created both a FinTech Venture Fund as well as an internal incubator to support the development of digital initiatives within the bank. Barclays, in partnership with Techstars, launched its first accelerator program in London in 2014, its second in New York in 2015 and plans to have a network of these hubs across North America, Europe, Africa and Asia by 2016. DBS partnered with Nest, a local incubator, to launch its first accelerator in Hong Kong earlier this year. Citigroup launched its first one in Israel in 2013. Since then the program has been expanded significantly in partnership with Plug and Play Tech Center, a global investor and technology accelerator.

Corporate Venturing: According to the research, only 10 percent of banks already have dedicated corporate venture funds to invest in startups. Some banks are looking beyond investment at straightforward acquisition to fuel their digital aspirations. BBVA is a good example of this model, having acquired not only direct banking startup Simple, but also a user experience and design company called Spring Studio.

Citigroup pioneered the corporate venturing model with the launch of Citi Ventures in Silicon Valley in 2010. Since then the company has gone on to make more FinTech investments than any other major bank in the U.S.  Spanish bank Santander launched a $100 million fund in 2014 with the stated objective of supporting FinTech companies worldwide.

Beyond these two primary models, there have also been some unique partnerships between banks and startups. Towards the end of last year, TD Bank partnered with Moven to launch a startups app in Canada. In May this year, Metrobank tied up with an online P2P marketplace pioneer to offer loans through the platform.

Clearly, there can be multiple models for partnered co-opetition between banks and FinTech startups. But even though the industry is broadly positive about the idea, there are still some additional nuances to be considered. For instance, banks in high income countries have a much more positive outlook to working with startups than those in low income markets. Similarly, smaller local banks are less likely to partner with startups than are large banking groups. Overall, there is enough evidence to conclude that co-opetition between FinTechs and banks is going to be a significant near-term trend in the financial services industry.

Despite the encouraging signs for co-opetition, the structure of traditional banks and technology startups do not make for the most compatible partnerships. For instance, half of the banks in the study cite startups’ lesser grasp of regulation and security as a huge challenge. From the point of view of a traditional bank, and the challenge of cultural integration with a startup would seem insurmountable.

But these are challenges that must be overcome if the inevitable disruption of the financial services industry is to be well orchestrated. There are benefits that both startups and traditional institutions can derive from a concerted partnership. Startups will be able to tap into the decades of industry expertise that reside within traditional banks to drive innovation closer to the core of banking. Conversely, traditional banks will have the opportunity to reenergize their organizations by assimilating the cultural components that make startups so consistently innovative.