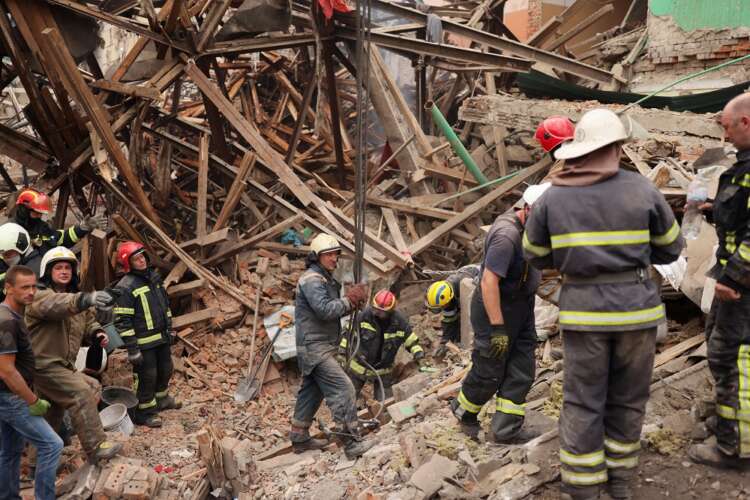 (Reuters) – Three grain ships left Ukrainian ports while the first inbound cargo vessel since Russia’s invasion was due in Ukraine later in the day to load, as Kyiv called for the safe passage deal to be extended to other cargoes such as metals.

* A Turkish bulk carrier is expected to arrive in the Ukrainian Black Sea port of Chornomorsk on Friday, the first vessel to reach a Ukrainian harbour during Russia’s invasion, the Odesa regional administration said.

* Ukrainian farmers have threshed 17.5 million tonnes of the 2022 grain harvest so far with the average yield of 3.64 tonnes per hectare, Ukrainian grain traders union UGA and the agriculture ministry said. Given the war, the government has said that this year’s harvest could fall to about 65-67 million tonnes of grain and oilseeds.

* Russia may not reach its expected harvest of 130 million tonnes of grain due to weather factors and a lack of spare parts for foreign equipment, the agriculture ministry said.

* The European Union intends to put together another financing package for Ukraine by September that will amount to about 8 billion euros ($8.15 billion), a German government source said.

* A stand-off over the return of a turbine that Russia says is holding back gas supplies to Europe showed no sign of being resolved, with Moscow saying it needed documentation to confirm the equipment was not subject to sanctions.

* The conflict in Ukraine is the most dangerous moment for Europe since World War Two, and Russia must not be allowed to win, NATO Secretary-General Jens Stoltenberg said.

* A top aide to Turkey’s president said the world cannot end the war in Ukraine by ignoring Moscow, saying “diplomacy and peace must prevail”, as Tayyip Erdogan headed to Russia to meet his counterpart Vladimir Putin.

* Canada will send up to 225 personnel to Britain to train Ukrainian military recruits, starting with the first troops next week, Defence Minister Anita Anand said.

* Ukrainian forces recaptured two villages around the eastern city of Sloviansk, but were pushed back to the town of Avdiivka’s outskirts after being forced to abandon a coal mine regarded as a key defensive position.

* Reuters was not able to verify battlefield reports.

* Human rights group Amnesty International accused Ukraine on Thursday of endangering civilians by basing troops in residential areas in a report that Kyiv likened to Russian propaganda and disinformation.