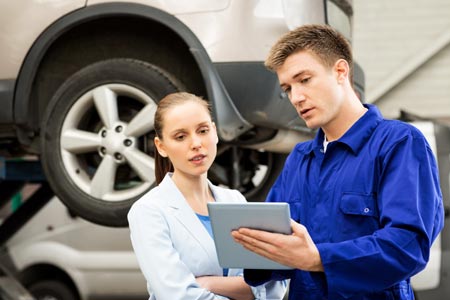 Almost a third of female motorists (29%) feel that a garage has overcharged them for work done to their car purely because they are a woman, according to new research by new car maintenance and ownership service, motoreasy.

motoreasy is the online home for car maintenance and ownership, providing warranties, servicing, MOTs and other motoring products with the simple aim of eliminating the stress and hassle of running a car.

Interestingly, men are even more suspicious about how much they have been charged for repair or maintenance work by garages, with almost half (47%) claiming they believe they have been overcharged before, but not necessarily because of their gender.

But nearly one in three (31%) women drivers have stopped using a garage because they felt they were being taken advantage of.

Younger women drivers (20-25 year olds) feel most vulnerable, with over a third (33.8%) feeling that a technician has charged them over the odds, but even a quarter of the most experienced drivers (56-70 year olds) have the same fear.

“Our research shows that this is compounded for female motorists, who also feel fearful of entering negotiations with garages in case they get overcharged or charged for work that is not actually needed.

“The problem is even worse for young drivers, who don’t know as much about cars and are, therefore, even more open to being taken advantage of.” Females aged 26-35 are most likely to jump ship from a garage because they feel they’ve been taken advantage of (38%), as well as nearly half of ladies in the East Midlands.

Meanwhile, women in Northern Ireland are the most concerned that they have paid too much for repairs, with more than two in five (42%) reporting concerns.

motoreasy’s concierge-like service provides customers with their own personal technician, who liaises with garages and negotiates lower prices for parts and labour on their behalf.

MOTOREASY LAUNCHES AS THE HOME OF CAR MAINTENANCE AND OWNERSHIP

INSTITUTE RECOGNISED AS A LEADING ASSESSOR OF APPRENTICESHIPS