1 IN 3 SAVERS ENQUIRE ABOUT RAIDING THEIR PENSION POTS 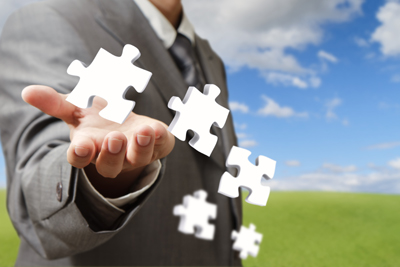 A third of savers have “actively enquired” about raiding their pension pots next April, reveals one of the world’s largest independent financial advisory organisations.

deVere Group reports that since Chancellor George Osborne announced in the Budget in March that all restrictions to pension fund access will be scrapped from April 2015, approximately one in three clients who have pensions have sought advice on accessing retirement savings.

Reece Fallaize, the Senior Technical Adviser at deVere Group, which has 80,000 clients, comments: “The controversial new pension rules outlined by George Osborne in the Budget – including lifting limitations on pensions access to the over 55s – represent the biggest legislative change on the pensions landscape since 1921.

“Some commentators have been publicly hailing the scrapping of restrictions to pensions access as a victory for freedom and choice for savers.

“It is this misguided rhetoric, the huge amount of media coverage that this policy has received, and presumably the novelty factor of limitless pension access, that is driving the surge in enquiries on this matter.

“Since the Budget, we estimate that a third of all clients who have a pension have actively enquired about cashing in their pensions.

“Our consultants report that many individuals are asking about taking out their pension savings even when they don’t even have a need for the money. Typically, we would strongly advise against this as while the funds remain invested they still represent great tax efficiency.”

Yet whilst “more and more clients seek advice on accessing their retirement funds”, Reece Fallaize says that most will ultimately not do so.

He explains: “Many are initially attracted to the idea die to the propaganda surrounding this policy, but when confronted with the reality, quite rightly, ditch the notion.

“Once clients are advised on the true implications of accessing their pensions, the vast majority, probably around 95 per cent, decide against the idea of cashing in their pension in favour of a more traditional drawdown method.

“This is because after the first 25 per cent which is tax-free, the rest would be subject to income tax. Understandably, most retirees are loathed to give up to half of their hard-earned retirement savings over to the taxman for the privilege of drawing down their own money earlier.

“Those clients who do still want to proceed once the changes come into effect in April are typically those with relatively smaller pension pots of under £30,000.”

The lack of real appeal is something that deVere Group welcomes.

Mr Fallaize observes: “The ability to access pension pots early is contrary to the overriding purpose of having a pension, which is to provide a steady income throughout retirement.

“We share the Financial Conduct Authority’s concerns that some individuals might not necessarily have the financial literacy to always make the most informed decisions. Mistakes with retirement planning can be extremely costly on many levels, for the individual and their families as well as the State, and often incredibly difficult to overcome.

“Our advice is to resist, where possible, the temptation to access pensions to avoid the risk of compromising your retirement ambitions, making hasty decisions, and facing substantial tax charges.”

UK MID-SIZED COMPANIES ARE AMONGST THE MOST EBULLIENT ABOUT THE PROSPECTS FOR COMPANY GROWTH FOR THE REMAINDER OF 2014, ACCORDING TO AN INTERNATIONAL AMERICAN EXPRESS® SURVEY