WHY BANKS MUST BE PREPARED TO JOIN THE 21ST CENTURY 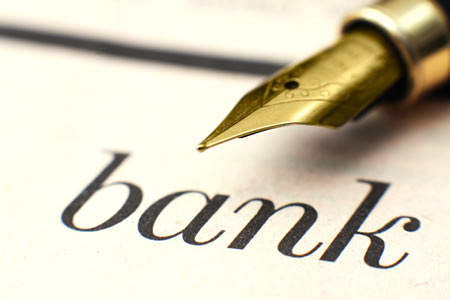 ~ David Maitland, General Manager, EMEA at Couchbase, explains why financial institutions must adequately prepare themselves for an age of mobile innovation or find themselves stuck in the stone age

When you think of banks and financial institutions, agility isn’t usually the first word that springs to mind. More oil tanker than speedboat when it comes to making sudden changes in direction, it’s no surprise that so many banks have been slow on the uptake when it comes to delivering meaningful mobile banking services that put performance at the forefront for customers. Compared to retailers and service providers, who have been leading the way in rolling out content-rich mobile services for years now, the financial services industry has slowly begun to follow their lead, but not without difficulty.

Indeed, the vast majority of banks and other financial institutions are finding themselves trying, and failing, to make up some of the ground they’ve lost in joining the mobile revolution. Why is this the case? Put simply, the answer for the majority is that their infrastructure isn’t up to scratch. Consequently, they are not prepared for a surge in demand with users checking their balance and managing accounts on the go via mobile devices. In previous years, banks had a mainframe in place that was only capable of performing what we would regard today as relatively simple tasks. It could track customer transactions in a database, offer a smattering of online services for users and perform a number of other low-level tasks with ease. At a time when the demand for data was limited, it was the perfect solution.

Today, however, the increased focus on mobile banking has changed all of that. Instead of performing the same, simple tasks as before, the same infrastructure is being asked to make data available to customers on their mobile applications on demand. It’s worth clarifying that this may not have been problematic if, as was originally thought, only a small number of users chose to access the application once or twice a week. However, such has been the demand for mobile banking services in recent times that the average customer chooses to use their mobile banking application several times a day instead.

With this in mind, it’s no wonder that so many banking systems have struggled to cope under the strain, affecting the very performance of the service designed to make managing accounts more convenient. Isn’t it time that banks realised that in order to embrace the new mobile enabled world, they can’t rely on older, prehistoric tools in the form of legacy infrastructure that belongs to a bygone era?

As a result, significant strain is placed on the mainframe and banks fear that if they are unable to provide mobile solutions that perform consistently well, customers will either complain or choose to take their business elsewhere. The upshot of ensuring that this doesn’t happen is that banks dedicate more resources than they can afford to maintenance and become less able to roll out additional, added-value services to customers, as a result.

The clear answer for financial institutions is that they must bite the bullet and accept that they can’t expect to rely on tools from the stone age to provide adequate performance for customers in the the 21st century. It’s essential that banks adopt tools that can scale the amount of data in direct response to mobile customer demand. Having convenient, mobile platforms that empowers the customer is useless and potentially damaging if performance is affected due a lack of ability to scale data at crucial times. Customers demand a consistent service across platforms, and mobile banking must be equipped behind the scenes with the tools it needs to guarantee high performance, which also allow financial institutions the bandwidth they need to offer further value-added services.

What’s more, building mobile solutions around modern infrastructure will help financial institutions future-proof themselves against the additional pressures caused by the industry’s headfirst plunge into the information age. Isn’t it time your bank decided to leave the Stone Age, and provide you with a mobile service truly built for the 21st century?

BANKING FOR DIGITAL NATIVES: HOW NEW TECHNOLOGY AND CHANGING DEMOGRAPHICS WILL TRANSFORM PAYMENTS, DEPOSITS AND LENDING

THE DIGITAL DISRUPTORS: CAN DEVOPS SAVE THE BANKS?