THE DIGITAL DISRUPTORS: CAN DEVOPS SAVE THE BANKS? 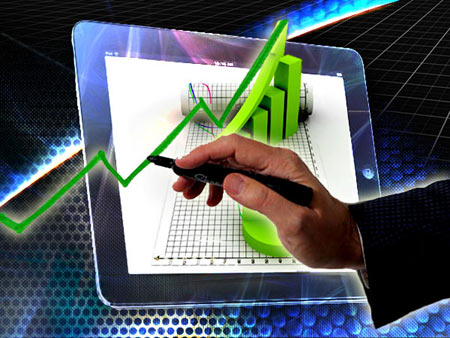 Traditional banks are facing huge competition from digital disruptors. So much so, they are no longer too worried about what their longstanding competitors are doing, instead they are watching what brands like Apple, PayPal or Facebook are up to in the finance sector. Whether this involves the use of digital wallets, new lending facilities, wearable technology or even the use of new virtual currencies, the banks’ traditional methodologies are evolving quickly as the payments industry wrestles with digital transformation.

To compete, the banking sector must replace legacy systems with an IT infrastructure capable of meeting the needs of today’s consumers. With 24 hour online and mobile banking now a minimum expectation, an app or site that is not up to scratch or experiences any downtime whatsoever could mean losing customers. Replacing old technologyis no mean feat though. There is strict compliance and regulation to adhere to, fraud detection processes and complex IT environments to overcome. However, the bank’s inability to keep pace with more nimble digital offerings that fit the always connected customer is a sign that things should change. According to a recent report from Ovum[i], more than two thirds of banks plan to modernise their payments systems to accommodate demand for mobile and immediate payments and head off competition from disruptive competitors. 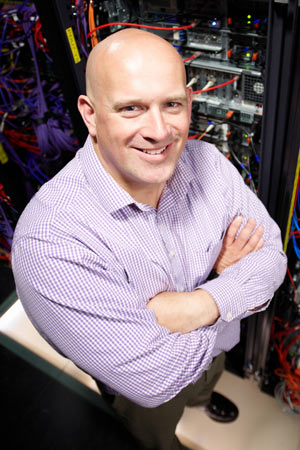 So what can banks learn from these digital disruptors to drive the change that is so badly needed?  New software application development and deployment methods are a good place to start, and this is where DevOps comes in. DevOps is a set of principles and processes that promotes closer collaboration between different IT groups, particularly the development and operations teams, in bringing a product or service to market. And this product or service is always based around a common business goal to deliver value to the end customer.

Take for example mobile banking; over the past year mobile banking app use for customers at the five major UK High Street banking groups has almost doubled according to the BBA.[ii] For many customers this is now the majority of their communication with their banks, so it is essential that upgrades, new features, bug fixes and so on are delivered on an almost constant basis.

While operations has traditionally left the technology to developers, by adopting DevOps processes they canbe right on the edge of innovation through their understanding of the customers which are the driving force behind faster and improved deployment. In consumer driven organisations, like banks, the operations team has never been so important and developers can no longer work without them. The combined power of the developer and the operation teams means that the focus can turn to innovation and speed – enabling DevOps teams to get feature rich, stable applications to market as quickly as the customer demands it. In addition to DevOps being an enabler for businesses to scale efficiently, it also permits them to scale more securely. Taking a DevOps approach to security enforces greater levels of testing, development rigour and governance which is vital for the financial services industry.

In light of this, it’s alarming that y, 22% of the financial services IT decision-makers surveyed in our recent DevOps Adoption Study were not familiar with the concept of DevOps and of those that were familiar with it, only 38% have actually implemented DevOps practices. Yet those financial technology businesses being slow to adopt DevOps could be missing out on huge competitive advantage. In fact, the same study found that businesses using DevOps are making several gains including increased customer conversion (40 per cent), reduced IT infrastructure spend (32 per cent) and reduced application downtime (41 per cent).

The implications of DevOps are massive, but for this traditional industry a complete reshuffleis needed, andthe industry must encourage organisations to cooperate when bringing payment infrastructure into the twenty-first century. As we have recently seen with the record fine thatRBS was penalised for its IT failure in 2013, there can be no risk of failure or extended downtime. Essentially, if the banks want to maintain their current mobile banking offerings, as well as bring new products to market to stay ahead of competition, they must find a method like DevOps which enables them to be more agile, secure and become disruptive themselves.

WHY BANKS MUST BE PREPARED TO JOIN THE 21ST CENTURY

A NEW BANKING PARADIGM FOR A NEW CONNECTED SOCIAL WORLD