Where does the UK go from here to fix budget crisis? 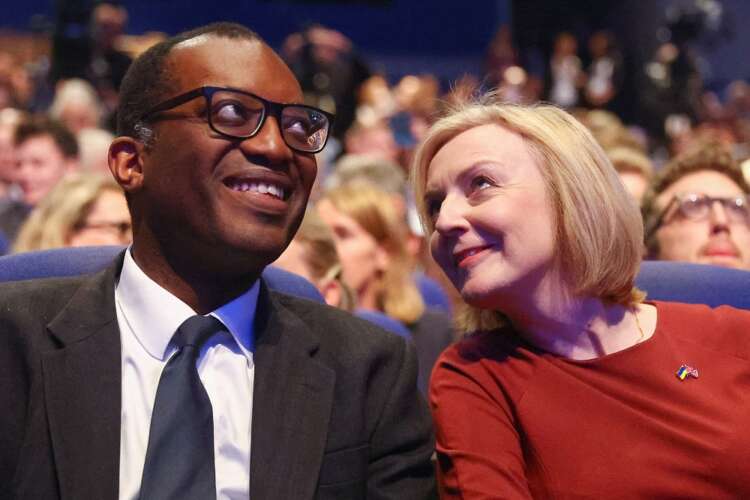 Below is a summary of key dates ahead for Truss and Kwarteng as they try to stabilise financial markets and reassure investors – and members of their own Conservative Party – about their plans, which have caused turmoil in financial markets.

Kwarteng is due to speak to the annual conference of the ruling Conservative Party after 4 p.m. (1500 GMT) on Monday, and Truss will speak on Wednesday, giving them a chance to try to move forward after the top income tax rate debacle.

Truss and Kwarteng want to speed up Britain’s slow economic growth rate, something they say will help fund the broader tax cuts they still plan to make. Details of how they will overhaul Britain’s complex planning system, the rules that govern the City of London, immigration and other so-called supply-side reforms are expected in the coming weeks.

Britain’s independent Office for Budget Responsibility is due to send a draft of its economic forecasts to Kwarteng, part of the process of preparing his first full budget statement on Nov. 23. The OBR is not expected to publish the draft forecasts despite the clamour among investors for more clarity on the outlook for the economy.

OCT. 14 – BANK OF ENGLAND’S BOND-BUYING DUE TO EXPIRE

The Bank of England last week launched an emergency move to buy long-dated British government bonds after the sudden surge in yields put pension funds at risk. The buying programme is only due to run until Oct. 14, exerting pressure on the government to calm investors before then.

OCT. 21 – THE RATINGS AGENCIES HAVE THEIR SAY

Ratings agencies Moody’s and S&P Global have scheduled Oct. 21 as the date for their next updates on Britain’s sovereign credit rating. Last week, S&P cut the outlook for its AA rating to “negative” from “stable,” suggesting a downgrade could be coming. Moody’s described the tax cut plans as “negative” for Britain’s creditworthiness but stopped short of actually changing the rating’s outlook.

The BoE had been due to start selling bonds from its roughly 840-billion-pound stockpile of government debt this week – a key part of its reversal of years of huge stimulus for the economy – but it postponed the first sale operations until Oct. 31 while it carries out its new temporary bond-buying programme.

The BoE look set to raise interest rates sharply at its next scheduled policy meeting as it responds to the increased inflation pressure brought by the government’s broad tax cut plans. A Reuters poll showed most economists expected a three-quarters-of-a-percentage-point increase which would be the biggest since 1989, taking Bank Rate to 3.0%. Almost as many economists forecast a bigger increase to 3.25%.

After outlining his tax cuts on Sept. 23, Kwarteng is due to announce his first full budget on Nov. 23 when he is expected to spell out how he plans to address the huge increase in borrowing required to fund his programme. The OBR will also publish its forecasts for the economy and the public finances.

The government must seek parliamentary approval for its tax-cut plans but, facing unrest about its plans among some Conservative lawmakers, has not yet set out a timetable. Most of the measures are not due to come into force until April next year. But a tax cut for home buyers is immediate and must be put to a vote in parliament by late November, according to the Institute for Government. The government could introduce a Finance Bill after Kwarteng’s Nov. 23 fiscal announcement, to secure approval for most of the tax changes, or it could introduce a specific bill to deal with the less contentious stamp duty change before an overall vote at a later date.