What does independence really mean in media contract compliance? 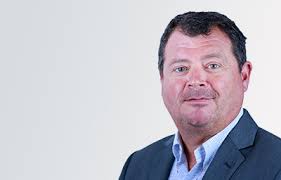 It is no secret that the world’s biggest consulting firms are making a major play for media and marketing. The Big Four consultancies – and many more besides – are making big investments in creative, media, and digital agencies. Accenture’s acquisition of creative shop Karmarama in late 2016 was one of the stand-out, tentpole moments in consulting firms’ move into the marketing services sector. But there have been many more since, and the pace of acquisition shows no sign of slowing down. Just this week, agency stalwart and former CEO of the Australian Association of National Advertisers, Sunita Gloster, joined PwC Australia’s CMO Advisory Practice. Some in the industry contextualized Gloster’s appointment by saying “as the consultancy firm ramps up its push into media”.

The structure of the media industry is clearly changing, and these structural changes are both exciting and challenging for advertisers. For many years, the big consulting firms have worked hard to make themselves the trusted advisors of the C-suite. With this new and sustained focus on media and marketing services, this remit now extends to the CMO.

There are three, critical criteria that advertisers should seek out in their contract compliance auditors.

One: they should have specialist knowledge and expertise of the media and marketing industry. They should have worked in senior financial roles in media agencies and so be aware of how the finances are managed and what they enable.

Two: they should have qualified accountants within their business, who are professionally trained to ask all the right questions to exacting, international standards.

And three: they should work in a business that offers no services that might in any way compromise the advice they give about performance. This includes developing and producing creative, trading media, and building media and communications strategies. Contract compliance auditors should have no “skin in the game” at any level within their business. They shouldn’t be marking their own – or others’ – homework. For in contract compliance auditing, you can’t be a player and at the same time the referee or umpire.

In this context, there’s one further emerging trend, as the consulting/accounting firms have moved into the media and marketing space. The big consulting companies also provide financial auditing services to many of the world’s biggest advertisers as well as agency holding groups. To extend their remit to include contract compliance auditing while they still have so many other financial interests in the marketing game, may well be a step too far. One might well ask how any company can assess the compliance of parties in a contract objectively, when they could – potentially – be competing for that same agency business in the future. Equally, the fact that they could have an agency holding company as a client for financial auditing services might also create one conflict of interest too many.

This is one trend that advertisers should resist. Contract compliance should be undertaken by an independent, specialist business with no potential for conflicts of interest to cloud the advice advertisers receive. This means expert accountants whose business is not involved in transacting media inventory.

People who have the knowledge and experience to understand fundamentally the complexities of advertiser-agency relationships, contractually and financially.

People who have the independence to give truly impartial advice on contracts that enable advertisers and agencies to build strong, fair, and enduring partnerships.

In the case of contract compliance auditing, it’s really quite clear who should “guard the guards”. As well as who should not.

Stephen is the co-founder of FirmDecisions in Europe and the US. He became CEO in June 2004 and subsequently Managing Partner when FirmDecisions and ASJP merged in July 2007. Stephen’s background was originally within Y&R, joining them in 1989 and working for their healthcare network, Sudler and Hennessey.

He took over as Finance Director in 1992 and was promoted to CFO for Europe in 1994. In 1997, Stephen became a partner in a private full-service UK agency that was then sold to Omnicom before founding FirmDecisions in Europe and the US in 2000. As CEO, Stephen is responsible for the growth of the business across the world. Stephen is a frequent presenter at industry seminars and workshops, in both the US, Europe and Australia, including ISBA, WFA, and the ANA.