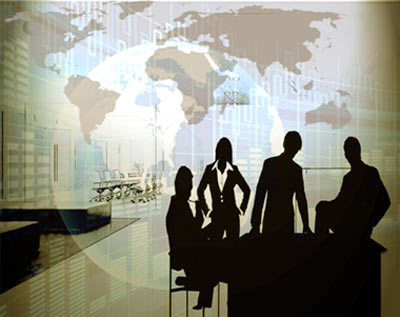 VTB Capital has announced the launch of its 2014 Elevate and Fixed Term Analyst (FTA) programmes, targeted at young professionals interested in working in the investment banking industry.

The FTA programme, due to start on 1 July, is designed for recent graduates and university students in their final year. The scheme’s duration is for two months in London, with an additional service programme of up to one year in Moscow for the most promising participants. Individuals take part in an investment banking induction course and training sessions to help develop professional technical skills and personal competencies. The most outstanding FTA participants will be given the opportunity to take part in the Elevate programme the following year.

The Elevate programme is an intensive fifteen-month long scheme, designed exclusively for university graduates and commencing on 1 September with an intensive six-week training course in London. The next stage immerses participants in specific departments across the business to directly work on various projects. The final phase consists of three months in adjacent units in order to get acquainted with the company’s general business processes.

Since launching the FTA and Elevate programmes three years ago, VTB Capital has received nearly 5,000 applications from Russia, UK and USA. Candidates are assessed through a multi-stage selection process with 162 applicants selected for internship opportunities in the Moscow and London offices since the programme’s launch. The scheme has so far resulted in 77 graduates receiving job offers from VTB Capital.

Natalia Nikiforova, Senior Vice President, Head of HR for VTB Bank, Advisor to CEO at VTB Capital, said: “These programmes developed by VTB Capital meet and exceed international standards of professional educational internships. For three years these programmes have shown excellent results. VTB Group attaches great importance to the development of young talent and by applying VTB Capital’s best practices, plans to use the programmes as a basis for further work with the future managers in other companies of the Group.”

VTB Capital will begin accepting applications from students and graduates wishing to participate in VTB Capital’s internship programmes on February 20, 2014.

For more information about the programmes and requirements for applicants please visit our website: http://graduate.vtbcapital.com.

VTB Capital, the Investment Business of VTB Group, is one of the three strategic business arms of VTB Group, along with the corporate and retail businesses. Since its foundation in 2008, VTB Capital has taken part in more than 460 ECM and DCM deals, which were instrumental in attracting more than USD 189bn worth of investments to Russia and CIS.

VTB Capital holds top positions in the debt and equity capital markets, as well as M&A, in Russia, CIS and CEE according to the league tables for 2011-2013 by Dealogic, Bloomberg and Thomson Reuters.

A TEST TO PASS: ECB’S STRESS TEST ON OVER 120 EUROPEAN BANKS