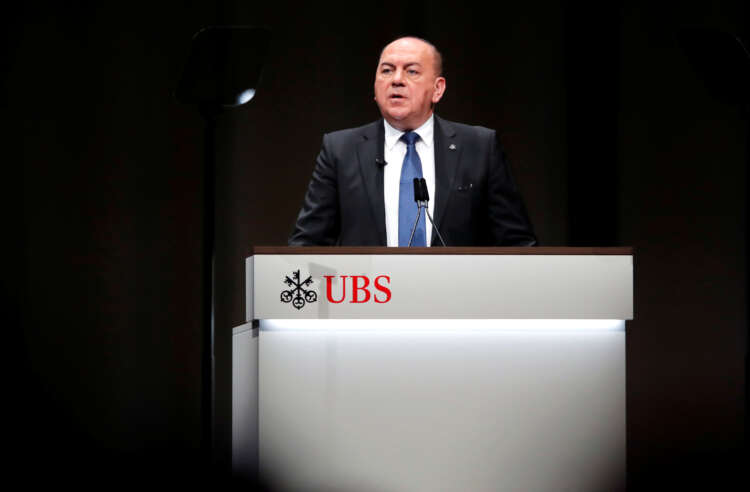 By Jesús Aguado and Emma Pinedo

MADRID (Reuters) – UBS Chairman Axel Weber is expected to take centre stage on Wednesday in a court battle that erupted after Spain’s Santander withdrew a multimillion-euro offer to the Swiss lender’s former top investment banker to be its CEO.

Italian banker Andrea Orcel is suing Spain’s largest lender after it dropped the job offer almost three years ago in a dispute over his pay package.

The case revolves around whether a four-page offer letter to Orcel in September 2018 was a binding contract or a non-binding initial offer, as Santander Chairman Ana Botin asserted in the first session of the Madrid court hearing in May.

In January 2019, Santander said the bank could not meet Orcel’s pay demands, which included covering up to 35 million euros ($41 million) of a 55 million euros compensation package he was due to receive in future years from UBS.

Sources have told Reuters that Weber, who will testify remotely, was a key figure in the case, which involved UBS refusing to reduce a buyout payment for Orcel.

Though the hearing is expected to be wrapped up on Wednesday, the ruling could take days or weeks to be released, two sources with knowledge of the matter told Reuters.

Orcel originally sought as much as 112 million euros for breach of contract and damage to his career from the last minute U-turn.

But in May, he dropped the part of his legal claim that would require the Spanish bank to hire him after he was appointed CEO of Italy’s UniCredit.

He also cut his demand to 66-76 million euros, according to sources close to the matter, a court document and Santander’s lawyer.

The proceedings were suspended in May after Orcel’s lawyer asked Weber and Mark Shelton, head of rewards at UBS, to testify.

Other witnesses pending in the hearing are Santander’s general secretary Jaime Perez Renovales, who signed Orcel’s original job offer, and Roberto di Bernardini, the Spanish bank‘s head of human resources at the time.