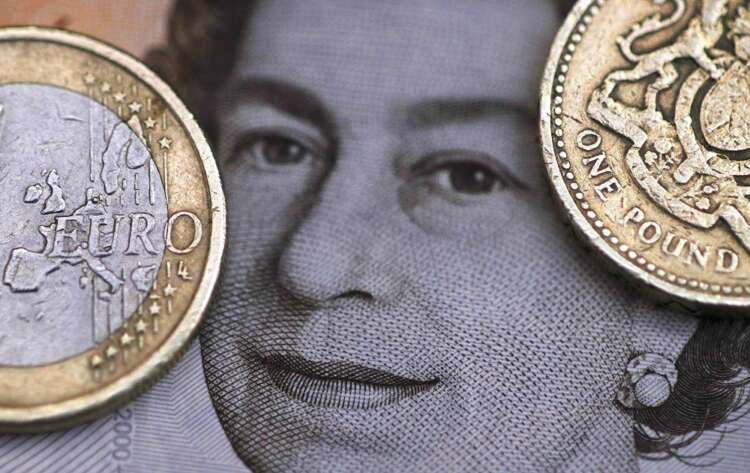 (Reuters) – The British pound weakened against the dollar and euro on Tuesday as traders turned to safe-haven currencies amid rising U.S.-China tensions over Taiwan, with traders looking ahead to a Bank of England policy meeting this week.

The BoE will announce its decision on Thursday, with investors now pricing in an 95% chance of a 50 basis point hike, a bigger increase than the previous four hikes as the central bank rushes to contain soaring inflation without exacerbating an economic slowdown.

“Short term, if the BoE opts for a 25bps hike on Thursday I think sterling will lose ground. The market is expecting at least a 50bps hike and Bailey has kind of suggested this will indeed be delivered,” said Stuart Cole, head macro economist at Equiti Capital.

Any boost from a 50 bps increase is expected to be short-lived, he added.

Mortgage lender Nationwide on Tuesday said British house prices rose in July at the slowest monthly pace in a year and the market is likely to slow further as the cost-of-living squeeze tightens and the Bank of England keeps on raising interest rates.

“The UK is probably facing the toughest battle against inflation among the G10; the economy is already showing signs of slowing; relations with the EU, still the UK’s most important trading partner, are showing no signs of improving,” said Stuart Cole, head macro economist at Equiti Capital.

As with most currencies, sterling has lately struggled against a strong U.S dollar, with market risk aversion naturally favouring U.S assets.