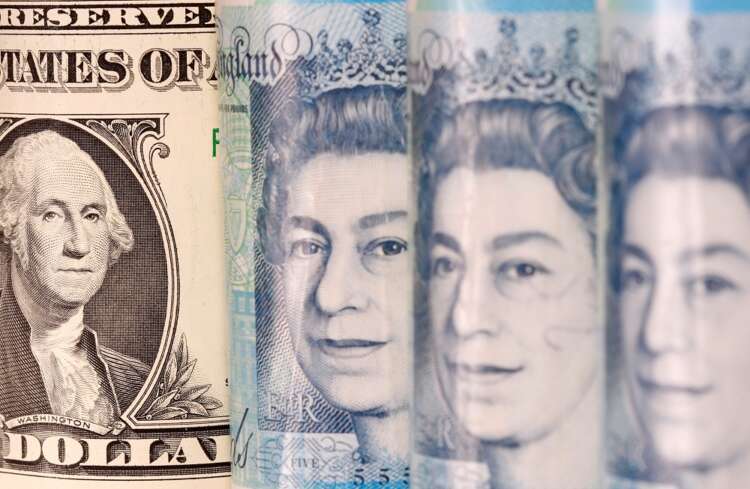 LONDON (Reuters) – Sterling reached more than two-week highs on Tuesday, but was confined in recent trading ranges as analysts assessed the prospect of a 50 bps rate hike by the Bank of England against the backdrop of a worsening economic outlook.

The BoE will likely shy away from a bigger interest rate rise in August and stick with the more modest 25 basis point increases it has been delivering, but it is a close call, a Reuters poll of economists found.

“BoE is priced for tightening like the Fed but with a far worse economic outlook than the United States,” said Francesco Pesole, a strategist at ING Bank in London.

“The worsening economic outlook will push the BOE to hold a less hawkish stance.”

Against the U.S. dollar, the pound touched its highest level since early July at $1.2090 as it moved from a March 2020 low of below $1.18 revisited this month. Versus the euro, the British unit was steady at 84.83 pence.

Latest positioning data show investors have consolidated their bearish bets on the pound at $4.3 billion, not far from a near two-year peak of $6.2 billion in May.

Market sentiment was also cautious ahead of a two-day Federal Reserve meeting on Wednesday, when investors widely expect the Fed to raise interest rates by another 75 bps.