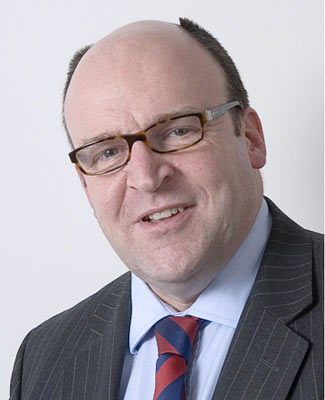 With 6th April 2014 now behind us, the new regime for taxing members of LLPs is in force.

Although the legislation itself may be modified during its passage through Parliament, LLP members are now taxed as employees unless they can establish that they are “true partners” (to quote HMRC) by failing any one of three conditions:

Condition A – “disguised salary” more than 80% of total profit share

Condition B – no significant influence over the affairs of the LLP

Each of these conditions has to be tested by the LLP and its members at 6th April 2014. If all three conditions are met, then remuneration payable from that date is subject to PAYE with an attendant hefty national insurance liability for the firm. LLP members may also suffer a slight increase in their personal national insurance contributions and possibly an increase in their 2013/14 tax bill as a result of a cessation of their notional trade.

Throughout the consultation processes spanning much of the last 12 months, HMRC has listened to the concerns of the professions, trying to understand any unintended consequences which might flow from the new legislation and to remedy those where possible. This has produced some modest relaxations. For example, if an LLP member is taxed as an employee, PAYE will not apply to post-6 April 2014 payment of profit shares relating to prior periods. And, reflecting concerns that banks may not be able to process loan applications sufficiently quickly, provided a member had committed by 5th April 2014 to providing the necessary capital for Condition C, then that capital can be introduced by 5th July 2014 without prejudicing the individual’s self-employed tax status.

Both HMRC and the Treasury admit that the legislation is not underpinned by any particular policy. Rather, it has its roots in three disparate factors. First, the muddled way in which the tax regime for LLP members was introduced in 2000. Second, HMRC concerns that some people are using LLPs for tax avoidance. Third, the Treasury must raise more tax. The latter factor should not be underestimated: HMRC forecasts that the new legislation will raise extra tax totaling £3.25bn between 2014/15 and 2018/19.

I have two fundamental areas of concern in relation to the operation of the legislation.

The first arises from the retrograde impact of the changes on sophisticated but honest commercial arrangements. In the UK, the professions account for around 8% of GDP. Professional services are among the UK’s finest exports. Many professional firms are highly evolved businesses. This level of sophistication does not happen overnight: what we see today reflects law firm evolution which began in the 1990s and which continues now.

To protect themselves from the cash flow burden of new PAYE liabilities, many firms have had to make sudden changes to partner compensation arrangements (Condition A), governance (Condition B) or firm funding (Condition C). And those changes cannot be made as a matter of form: they must be backed by real substance if they are not to trigger the targeted anti-avoidance rule. So whichever way you look at it, these tax changes will have pushed back by anything up to a quarter of a century the internal workings of at least one aspect of many firms.

My second area of concern relates to the practical implementation of the new legislation. There are several facets to this.

First, a taxpayer’s entitlement to certainty. Currently, there is none. Until the Finance Bill receives Royal Assent at the beginning of July 2014, HMRC will not provide any form of ruling on whether a particular LLP member will be taxed as an employee or as self-employed. If firms do not get it right, they face interest and penalties in respect of the non-operation of PAYE.

This brings me to the second facet of my concern in this area: consistency. Larger firms have access to guidance from their client relationship managers in HMRC. It’s reasonable to expect that CRMs across the country will be adopting a broadly consistent approach. For small and medium-sized firms, consistency of application of the new legislation may be no more than a pipe dream: the reality could well be closer to a postcode lottery depending on the attitudes of the tax inspector looking at a particular firm.

Over the last year, the HMRC head office team tasked with framing the new legislation and guidance notes for ministerial approval has been painstaking in its approach. But without a clear underlying policy driver, the outcome was doomed to be less than satisfactory. Despite recommendations from the House of Lords, the Treasury is pressing ahead with new legislation. We call on HMRC to adopt a common-sense, nationally consistent light-touch approach to implementation to avoid manifest injustices as we all come to grips with what the new rules mean in practice.