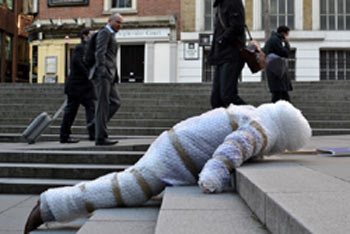 The focus of the burgeoning peer-to-peer (P2P) industry post-regulation should be on ensuring no saver ever loses money, even if borrower defaults increase in a souring economy. That is the view of RateSetter, the ground-breaking proposition that lets savers and borrowers set the interest rates they want via a safe and fair online platform.

RateSetter’s Provision Fund is the most established in the industry and boasts the best track record. None of its 11,500+ savers have lost a penny since RateSetter launched in 2010. This is a unique feat amongst the major P2P lenders.

The business has now renamed the Fund – the first launched in the sector and the largest at £4m – the 100% Fund. This is to highlight a series of six advancements it has made to ensure its unrivalled record of no saver losses continues:

Avoid your savings taking a tumble with our 100% Fund

Rhydian Lewis, founder and CEO of RateSetter, said: “We are at a cross roads in the P2P industry following regulation by the Financial Conduct Authority, but we need to move far beyond this if we are to put any saver anxiety over our sector to rest. As a recognised, regulated sector, savers and borrowers will continue to turn to P2P as a flexible and hassle-free alternative to the banking industry. But the individual platforms must go further to protect savers if the reputation of the industry is to flourish in the years to come.”

“With so many new entrants to the market offering negligible security to savers, we must draw a line in the sand now and call for all P2P players to step up their game to ensure our sector’s longevity. We need to provide an adequate level of safe, easily accessible funds if the sector is to attract the same numbers of savers as borrowers. Carefully vetting who is borrowing through our platforms is central to this.”

“Let customer protection be the lynchpin of our industry at this crucial time in our development. Everyday savers will ask for nothing less and we must rise to the challenge.”

Joe Levey, a RateSetter saver, added: “RateSetter recognises the fact that customer protection must be at the heart of P2P. The 100% Fund is testament to this and ensures that savers are fully protected from any potential borrower defaults. It is the reason why I am confident to put my money into the platform, and the characteristic that will continue to attract Britain’s hard-pressed savers!” 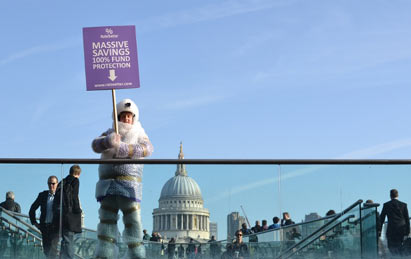 Recent figures released by the P2P Finance Association, of which RateSetter is a founding member, show there has been a dramatic uplift in borrowers in the P2P sector between January and March this year: they have risen by 17%, compared to a 5% rise in savers.

RateSetter took the crown of the largest peer-to-peer lender in the UK by the amount of new loans originated for the first time in March, with total inflows of £21,105,355. Its business grew at 219% in 2013 compared to overall sector growth of 107% (NESTA, Dec 2013), making it the fastest growing major peer-to-peer company in the UK.

RateSetter’s unique approach has led to widespread industry and customer accolades, with the company winning MoneyNet’s 2014 award for Best Peer-to-Peer Savings Provider, Credit Today’s 2013 award for Alternative Lender of the Year and Moneywise’s 2013 customer voted award for ‘UK’s Most Trusted Loan Provider’. RateSetter is also the most highly rated personal loan provider in the UK according to ReviewCentre.com, the leading independent UK consumer review site, with 99% of 619 customers saying they would recommend RateSetter to others – the highest of any financial service provider.

OOH LA LA! FRENCH FRACKERS BACK GLOBAL ENERGY INVESTMENTS, FROM THE UK TO THE US