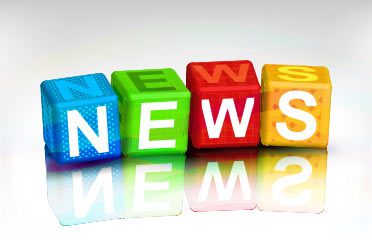 Police forces under pressure to issue officers with body-worn video cameras face an “administrative nightmare” in storing and processing the resulting footage, it was warned today.

Pressure is mounting on forces to equip all officers with lapel-worn cameras in the wake of the shooting of Mark Duggan in Tottenham, London, and the “plebgate” row in which words spoken by Downing Street police officers to MP Andrew Mitchell were disputed.

But the result would be hours of footage which needs to be stored, processed and analysed – and forces could find themselves swamped with digital data.

In May 2013 Home Secretary Theresa May called for all officers walking the beat to wear body-mounted cameras, telling the Police Federation’s annual conference in Bournemouth: “Body-worn cameras can help improve the collection of evidence.”

Met Police Commissioner Sir Bernard Hogan-Howe has said armed officers will trial cameras for armed officers as a result of the Duggan shooting – and several police forces are already preparing to go further by widening their deployment to include all officers on the front line.

Staffordshire Police are to become the first to supply all PCs with video cameras to record high-definition and sound, buying 500 devices at a cost of more than £300,000.

And this week Sir Stephen House, Chief Constable of Police Scotland, told the Scotsman on Sunday that a roll-out of body-worn cameras to all officers in Scotland was likely. They have already been trialled in Aberdeen and Paisley.

The devices have been praised as they can save court preparation time, often force an early guilty plea and can help make sure vexatious complaints about officers’ conduct can be quickly dealt with and dismissed.

Currently, each police force deploying the technology sets its own rules for how it is used – but the College of Policing, which sets standards and issues guidance for the policing profession, is carrying out a study assessing the impact of body-worn video.

This could lead to the systematic and standardised deployment of cameras, potentially leading to all forces using it and producing a huge increase in the number of devices used and the amount of footage gathered.

Footage recorded by the devices needs to be processed, meaning forces potentially face the headache of dealing with thousands of hours worth of footage collected by officers.

Peter Franklin is business manager of Scyron, a technology firm which works extensively with police forces and whose video analysis software was used by prosecutors to help secure a conviction in the case of Daniel Pelka, who was murdered by his mother and partner.

Peter said: “Body worn video cameras are a very effective tool in gathering evidence and it seems inevitable that further down the line, all forces will be using the technology in some form.

“All that footage has to be stored, processed and analysed where needed if it is to be used effectively. That is a huge job for police forces and those we are talking to have concerns about how they are going to be able to cope with the amount of video they are going to have on their hands.

“For example, even if only 10,000 of the Metropolitan Police’s 35,000 officers are on duty and videoing an eight-hour shift, that’s 80,000 hours of video a day to process. It’s potentially an administrative nightmare for police forces and there’s a real concern about whether they will be able to cope.”

Scyron, based in Birmingham, is a leading provider of software used by several police forces to process data.

Among its products is video analysis software that saves police officers time sifting through footage by automatically processing the clips and identifying incidents that may be of interest. For example, it can be told to scan a particular area of the footage to identify changes, such as a car being broken into.

Scyron has included this technology in a new piece of software aimed at helping forces deal with the amount of footage produced by officers using body-worn video.

The application, called Scyron Media Manager, enables users to effectively and automatically capture, manage and store digital evidence from body-worn video – for example footage taken from smartphones and vehicles – in a way that complies with regulations including the Data Protection Act and Home Office guidelines.

When an officer has made an arrest and captured evidence on video the software enables them to download the footage to a central system quickly and efficiently. That footage can instantly transferred to DVD so it can be used in interview – reducing the number of times when a suspect must be released from police custody so video can be processed.

Scyron’s video analysis products are already used by several police forces and the firm is preparing for a rush as forces seek solutions to cope with the added burden of dealing with video.

Peter added: “Body worn video is an immensely powerful tool and used properly it can have huge benefits, not least in saving time for police forces in gathering evidence.

“Using our software a suspect who has been arrested could be interviewed in the back of a police car and the interview recorded on its in-built camera. That could then be wirelessly sent to a central database and processed automatically. By the time the suspect is brought back into the police station, the interview and any accompanying video evidence can be ready for officers to review.

“It is vitally important that police forces have the right systems in place to ensure video evidence becomes a benefit and not a burden. Its use has the potential to transform policing for the better as long as forces make sure that they are able to harness it properly.”

Scyron already works extensively with police forces and agencies in the UK including West Midlands Police, the Metropolitan Police and the Serious and Organised Crime Agency (SOCA).

It has developed a range of software including:

Video Inspector – video analysis software which can analyse 24 hours of footage in around 40 minutes, identifying potential incidents of interest for police to review

Media presenter – software used by prosecutors to take pictures, documents and videos in any format and use them to create a project to build and present a case in court

Scyron is part of Basingstoke-based Centerprise International, which is one of the largest and most respected IT providers in the UK and delivers large-scale IT projects in the corporate, education and government sectors.