ONLINE BANKING WITH THE MOST SECURE ENDPOINT DEVICE 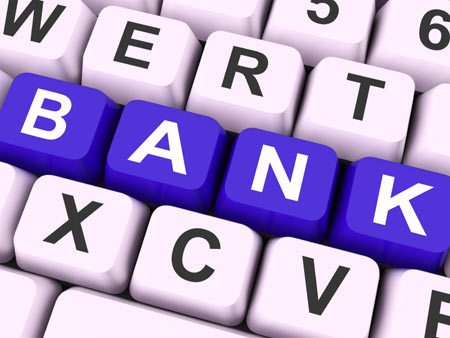 Online banking has become the default way for us to conduct our money transactions, in business as well as in our private life. It combines two important characteristics: it is more convenient and faster for the customer and it is cheaper for the provider. This combination makes it very attractive for both parties, and explains its popularity.

But legitimate users are not the only group interested in online banking, cybercriminals are also attentive to new developments in areas that they can take advantage of, so it should be no surprise that online banking has seen an increasing volume of successful attacks. Companies have lost millions of Euros lost each year, and the banks have worked to combat this growing tendency by improving their security infrastructure around online banking. For example, they have added mechanisms that analyze money flow and react to new and strange patterns on the server side. At the same time, they have worked on the client interface and have come out with new mechanisms to assure the identity of the person logged in and the integrity of transactions itself. You have probably seen a number of these mechanisms labeled as 2FA, TAN numbers, mTAN, chipTAN, etc. But cyber criminals are hard to stop once they have identified an opportunity as large as online banking. They have continuously improved their tools to make sure they have the technical capabilities to counter each of these mechanisms. So today we are in an escalating action/reaction conflict between banks and cybercriminals with the banks tasked with two contradicting tasks, first secure the transaction, which implies a maximum of controls and checks, and second offer ease of use, which means they cannot be too intrusive in their attempts to affirm identity and integrity.

In my role as CTO for Qualys I have interacted with numerous security professionals and IT administrators at companies that are working on improving their online banking security. It is clear that the endpoints that are used for online banking are high value targets. The users of these endpoints can be enumerated by using Xing, Linkedin and other professional networks, which makes them available to phishing attacks. Fortunately we as IT administrators can do a number of things to stay ahead and not become a victim of the struggle. The most important item is to make sure that the computing equipment that we are using cannot be taken over by the cyber criminals. There are a number of technical options for your company to do secure the endpoints that participate in online banking. I will list them least secure to most secure:

There you have it, my personal ranking for online banking. I am sure there are other options that I have not covered that might be attractive from a security perspective. I have deliberately excluded running PCs off LiveCD. While it is an excellent way to guarantee the integrity of the operating system because it is loaded from a read-only media (a CD or DVD), I think it is impractical for most users to go through the rather slow process that most LiveCDs require. Your mileage may vary, but I believe it to be too cumbersome for most users.

I believe online banking is a great opportunity to implement security measures adapted to the data usage of the user. Usually it is challenging for IT administrators to judge how much business critical data an end user has access to, but in this case both users and loss potential are pretty clear cut. IT administrators can improve the security of their company’s online banking by implementing any of the options listed above, except for the use of a normal Windows PC. But securing the client is only one of the components for your banking transactions. It makes sense to talk to your end users about securing the configuration on the banking application side. If the bank offers 2-factor authentication (2FA) it should be activated. I favor dedicated devices for 2FA, so I give preference to ChipTAN over mTAN as the possibility of an attacker manipulating the transaction becomes much smaller with a dedicated device. Similarly it makes sense to activate notification options for important transactions. Here I favor SMS notifications over e-mail, simply because SMS tends to have a much higher attention rate than e-mail. Encryption is important to protect your company’s data and transactions in transit, so when your end users are logging into your bank’s website, train them to look for an encrypted connection from the very beginning. This means that the page where they type in the credential information, such as account number and or passwords should already be encrypted. They should verify that they see the green lock in the browser’s URL bar and that the URL matches the name of the bank site that they wanted to contact. They should not accept any exceptions on the certificate that identifies the bank’s site, which will assure that they are actually interacting with the site that they wanted to contact.

Again the ranking is subjective and your business situation may well be more constrained. If your opinion differs, please let me know what you are thinking, either in here in the comments, at Twitter @wkandek or by emailing me at wkandek@qualys.com.

DISRUPTION IN BANKING: COULD BANKS BECOME THE NEXT DUMB PIPES?

RETAIL BANKS TURN TO IT TO DRIVE REVENUE IN 2015