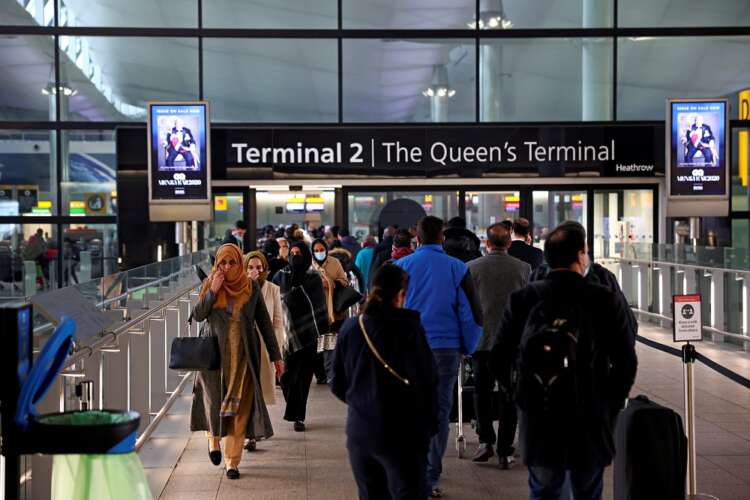 (Reuters) – London’s Heathrow said on Thursday demand for travel has been stronger than expected, prompting Britain’s busiest airport to raise its passenger number forecast for the year, while costs are also on the rise.

Heathrow raised the forecast to 54.4 million from 53 million it had anticipated last month and said it was working closely with airlines and ground handlers to match supply and demand.

“While we rebuild capacity from the pandemic, resources remain tight, in line with other airports in the UK and Europe,” Heathrow said in a statement.

Airports around Europe have suffered from labour shortages and logistics problems as passenger travel surged following the end of COVID-19 lockdowns, with British airports in particular facing chaos as a school half-term holiday coincided with the Platinum Jubilee holiday weekend.

Heathrow’s upgrade in passenger outlook is expected to increase its revenue and adjusted core profit for the year, it said.

However, operating costs are also expected to rise by 47% to 1.22 billion pounds ($1.49 billion) this year partly because of rising utility costs fuelled by soaring energy prices, it added.

(Reporting by Yadarisa Shabong in Bengaluru; Editing by Shailesh Kuber and Tomasz Janowski)

Leaping debt costs add to UK government borrowing in May