KYC – WHO WILL WIN THE WAR? 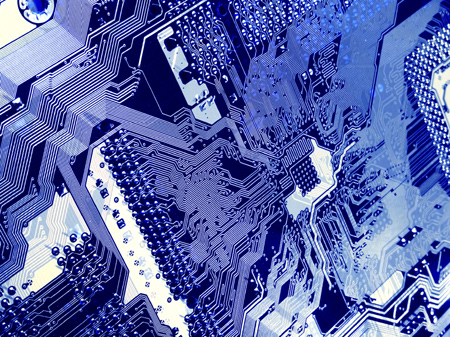 By Lee Travers, CEO and founder of Briqs KYC is a war that seems, to many of us, to have gone on since the dawn of time. Constantly seeing whether it’ll be the banks or the fraudsters that’ll win the next ever-evolving battle.

Where once a man would be taken at his word, that man was soon asked to present documents to prove he really was who he said he was. Years later, Photoshop came along and the fraudsters soon got good at faking those documents, which encouraged further innovation to combat fraud leading to the use of watermarks, barcodes, QR codes, holograms and, more recently, the electronic-coded chip.

As soon as the banks come up with a new way to reduce the risk in financial services, the fraudsters are not far behind in outsmarting them. They are constantly chasing each other.

But it’s not just the fraudsters that the banks have to contend with, because they also have to reduce their risk of being exposed to fines from the regulators and respond to the pressure from their own sales team to make processes smoother, so it’s not a hindrance to their business.

Because that’s what banks are. A business. And, as with any business, they will weigh up the pros and cons and if the cons are not having a major impact on their KPIs, then they’re not motivated to do something about them. We all know that banks will accept a certain amount of fraud every year because that’s just the cost of doing business.

But sometimes that cost is a hard pill to swallow. Like the 5% fine of your total revenue if the FCA decides that you got it wrong when interpreting their compliance rules and you’re in gross breach of the KYC regulations. That’s when you’ve got the banks’ attention.

So, getting better KYC processes will keep the good guys happy: banks and regulators. And better, smoother, faster KYC processes means that you’re customers are less likely to drop off during the onboarding process. Because that’s another cost that a bank isn’t happy to swallow.

What we’ve done with Briqs On-Board is take all of the necessary components – a video selfie for a liveness test, an electronic passport chip, a video of the passport so you have a multi-framic image of the passport for comparison, and so on – all of the necessary biometrics and structured them in a way so that each step is compared to the previous step. So, rather than looking at each KYC document individually, we’re building a bigger, more interrelated picture, providing a more secure and authentic outcome. The surety that the customer is who they say they are is far greater.

And, at the end of the process, a digital token is created which holds all of the customer’s data on it, in a secure rested-information environment. This opens up even more possibilities.

Whereas before, my bank may have had KYC documentation on me from 20 years ago that in no way represents who I am today, and it may even be questionable about in what time frame they could lay their hands on that documentation, if they can at all. Now, with tokenisation, KYC becomes safer, instantly accessible, more up to date and it does away with much of the red tape of having to re-KYC your customer for each and every financial product they apply for, even from a bank they’ve been with for 20 years.

Not only will the regulators be happier, but so too will the bank’s marketing department because tokenisation tears down the cumbersome and off-putting barrier that many of their customers face when applying for financial products.

And, because we have more surety about the person making the transaction, their source of funds and if you add in destination knowledge, we’re also building a far bigger picture about the journey of the money and the person receiving it. Something which hasn’t been a big focus or an area where we’ve had much insight up until now.

And that’s the benefit that fintech offers – that our sole focus is on developing a singular product to solve these problems. And, because the battle with KYC is our core business, we’re constantly looking for new ways to innovate within that space. Because to lose would mean we would have no business at all, so it affects our KPIs enough for us to do something about it.

Briqs On-Board is helping us win the battle today. But the KYC war is ongoing and ever-evolving. I have no doubt that tomorrow the fraudsters will present a new set of challenges for us to get our head around. The key is to be able to anticipate what they may do before they even know it themselves.