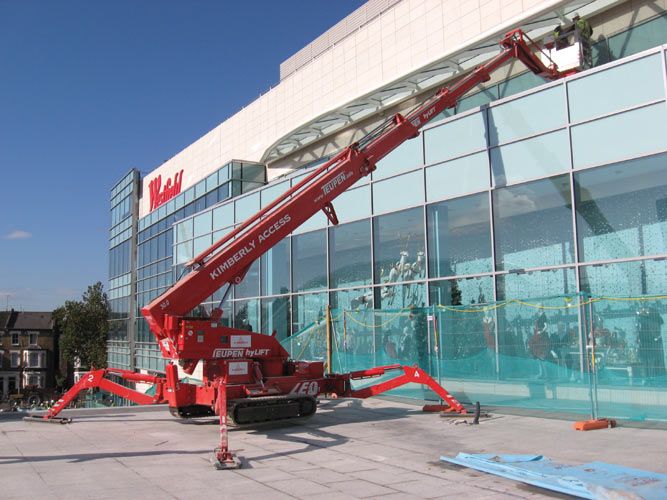 Machine rental group looks at AM flotation
Kimberly Group, which helps people to work at height, has placed its largest ever order of machines, valued at more than £4m, to position itself for expansion.

The business is on the acquisition trail and is gearing up for a possible flotation on the Alternative Investment Market (AIM) to help fund further growth, Ray Ledger, chairman of the Harrogate-based firm, told the Yorkshire Post.

Kimberly Group, which is private equity backed and specialises in the rental of powered access equipment, has ordered 69 machines, all booms, from its supplier Genie, bringing the fleet to a total of just under 2,500 units.

Mr Ledger said the rental market for powered access equipment has grown as a result of the tightening up of health and safety regulations with regard to working at height.

“I’ve been in the rental industry for 44 years and when I first became involved in the access industry in the early 1980s it was a very small market, but it has just mushroomed.”

Mr Ledger expects Kimberly Group to turn over £23m in 2012, with EBITDA (earnings before interest, taxes, depreciation, and amortisation) of £6.5m. The group, which turned over £15m in 2011, acquired High Level Platforms in Dorset early last year, and just prior to this had bought 1st Access Rentals in Scotland.

Mr Ledger said: “I’m looking at further acquisitions which would increase our geographical coverage. One is in very, very early stages, one we are in discussions on. If we can achieve those and if we can achieve the organic growth we are on target for then next year we would look at the possibility, if the market changes, of an Aim float.”

Over the last six months, the group has taken on 18 people, bringing its total headcount to more than 100. And it looks set to make further appointments, having recently set up a depot in Pontefract to refurbish equipment.

Mr Ledger said: “Over the next couple of months, with this refurbishment facility, we’ll take on probably another eight. So in effect, in 12 months we will have increased our headcount by 30 per cent.”

Mr Ledger said he would also like to see the company, which currently has 10 sites across the UK, set up new depots in Aberdeen and Cardiff to widen its reach.

Kimberly Group has around 6,000 active customers across a range of sectors, from construction to industrial plants, from window cleaners to retail. “Retail certainly over the last three years has been a massive market for us with our association with Westfield, particularly with White City and Stratford,” said Mr Ledger, who owns 15 per cent of Kimberly Group.
During the Christmas period, the business carries out work at shopping centres up and down the country to ensure festive lights go up.

But Mr Ledger stressed: “The strength of our business is that we are not reliant on any one customer, we have a very broad base of customers across the country.”

Two years ago, Kimberly Group decided to specialise in large equipment, in addition to its normal range. Mr Ledger said: “There’s a recognised shortage of the very large booms in the market. Despite the fact we are maybe only four or five in the market, it does make us probably number one in terms of large equipment. We’ve found ourselves a niche in the market whereby we are recognised as having larger equipment.”

And it has paid off, said Mr Ledger, who said the larger machines, which allow people to work at greater heights, are popular.

“They just don’t stand. We never see them,” he remarked.

Kimberly Group, originally a family-owned business that was founded in 1997 in Stoke-on-Trent, underwent a management buy-in together with Lloyds Development Capital in May 2007.

Beecroft plans must be acted on, says Bibby Consulting & Support