Beecroft plans must be acted on, says Bibby Consulting & Support 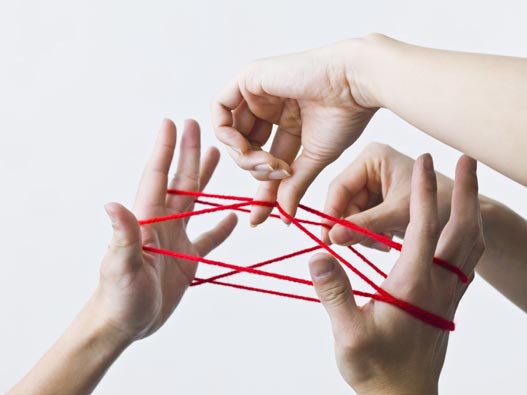 Slade was commenting after the Business Secretary Vince Cable published the report, but then appeared to dismiss several of its proposals as “not the right approach”.

“Beecroft’s ideas are very interesting and could make a real difference to SMEs who are continually hampered by far too much red tape,” Slade said. “So it is disappointing to hear a cabinet minister reacting negatively to the thoughts of someone who has vast experience in business and commercial matters.

“It is also disappointing – if it is true – that the Prime Minister ‘doctored’ Beecroft’s findings in some way. Yet again, we find ourselves in the position where a government starts off with good intentions to help businesses but for whatever reason, presumably political, they fail to make any progress.”

Slade pointed out that official figures have shown how the cost of red tape has ironically risen for businesses, costing an extra £18.5m since the beginning of 2011, even though ministers were meant to scrap one rule for every new one they introduced. In fact, some Whitehall departments had not scrapped a single regulation in the last 18 months.

“While trading is still tough for so many SMEs, it is imperative that employers have the ability to dismiss employees who are underperforming without the fear of getting wrapped up in red tape,” Slade said. “People who are a drain on the business, who do not perform, who drag their feet and regularly turn up late should be aware that such behaviour will not be tolerated. We really don’t believe that a return to a common sense approach to people management such as this will scare employees ‘witless’, as was suggested by Cable.”

Slade went on: “SMEs will be more likely to recruit new employees if they know they can get rid of the bad apples easily and quickly, so we hope that Beecroft’s suggestions are taken seriously by government ministers. If they mean what they say about helping small businesses to take people on and grow then ministers must think radically and make a real difference.”

One of the key recommendations from Beecroft was the ‘Compensated No Fault Dismissal System’ which would provide staff who have been told their position may be at risk the opportunity to argue their case and ask for time to improve. However, there would be no burden on employers to consider these, so workers who were dismissed would then receive a payment similar to that of redundancy. But they would lose their right to claim unfair dismissal at an employment tribunal.

“We would always advocate that businesses treat their employees fairly and equitably,” Slade said. “At the same time, we support any initiative that helps businesses overcome the burden of protracted and costly processes, especially in the current economic climate.”

However, Slade said it would be wrong to suggest, as some commentators have, that companies would benefit financially from the unfair dismissal rule being abolished due to reduced compensation levels.

“There still remains a substantial amount of anti-discrimination legislation under the Equality Act 2010,” he said. “So should employees feel their treatment was unfair and attribute it to a ‘protected characteristic’ under the Act, they would benefit from protection that could attract costly uncapped awards at employment tribunals.”

Slade added: “The government has already agreed that from April 2012 the service period for an employee to be able to claim unfair dismissal will be extended to two years, which was a positive step. Clearly, we support the removal of any red tape to help our clients, but whether Beecroft’s proposals ever come to fruition will remain to be seen.”

One key area where employees can make claims against dismissal, even if it falls within this two year period, is if whistle blowing is involved. And if an employee’s complaint of unfair dismissal due to whistle blowing is successful, there is no upper cap on the compensation they could receive.

And it is not just dismissal that employees are protected against – they cannot suffer any detriment at all because of their disclosure. So an employee who claims they were intimidated or life was made uncomfortable for them – even though they were not sacked – could also win a substantial amount of compensation from the business. They would also have a case if they could prove that they had been refused training or promotion as a result of their actions.

“Our advice to businesses would always be to make sure there is nothing illegal going on in the first place that an employee could blow the whistle on,” Slade said. “But if they should inadvertently find themselves in the position where a member of staff is making claims that a law has been broken, the company needs to follow strict procedures and not be tempted to make a ‘knee jerk’ reaction. That would only make the situation many times worse.

As well as the Beecroft proposals, Slade welcomed the Enterprise and Regulatory Reform Bill which is currently before parliament. This introduces a mandatory period of Acas conciliation before instituting tribunal proceedings, ‘legal officers’ who will make decisions in certain cases, and the idea that employment appeal tribunal cases could be heard by a judge alone.

There are also proposals to limit unfair dismissal compensatory awards, possibly to the equivalent of one year’s earnings, and make employers pay 50 per cent of any financial award up to a maximum of £5,000.

Slade said: “Employment tribunals should be avoided at all costs so we welcome the idea of an Acas conciliation period. We also welcome putting affordable limits on compensation payments. Any new legislation that helps businesses should be applauded and we should not let politics get in the way of this.”

Bibby Consulting & Support has earned the reputation of being one of the UK’s leading providers of compliance management services. We enable employers and senior managers to attain and maintain compliance within the demanding, complex and constantly evolving fields of Employment Law, Health and Safety and Environmental legislation.
www.bibbycas.com