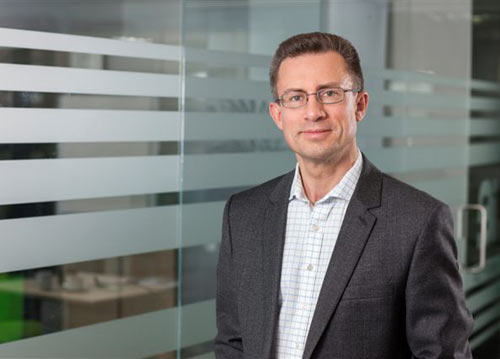 With more than a quarter of young people interested in using Google Glass to manage using their finances, David Webber, Managing Director at Intelligent Environments, leading provider of digital banking software, discusses the merits of wearable technology for financial services.

A major development dominating the technology world this year has been wearable technology. Last month, Apple’s CEO, Tim Cook revealed he sees wearable technology as “a very important branch of the tree”. Google Glass, a computer integrated into a pair of spectacles, is the latest technology in this space. Bridging the gap between the physical and digital world, it allows users to capture photos, view emails, use apps and surf the web on the move, using both touch controls and voice recognition.

Google Glass has a lot of untapped potential. Firms are already creating viable Glass apps and according to the Times technology reporter, Murad Ahmed, “the race is on to build new features for Google Glass”. Google has been encouraging other companies to create alternative uses for the technology, prompting major groups such as Facebook, Twitter and Evernote to create apps that can be operated using the device. A Canadian company, Playground, is also developing a system for consumers to use their Glass specs to buy goods in a supermarket simply by looking at a product’s barcode.

Although not available for consumer purchase yet, the technology is the subject of much debate and speculation and promises to re-define our relationship with the digital world. There are therefore huge implications for financial services. But, if banks plan to provide digital banking services on Google Glass, they must take several aspects into careful consideration. Understanding the opportunity, addressing security concerns and considering how digital banking will work on this platform will all be vital.

The opportunity for banks
New research by Intelligent Environments reveals that one in six British consumers (16%) are already interested in using Google Glass to manage their finances, without even seeing or testing a working prototype. This figure rises to more than a quarter (26%) for 18 to 24 year olds, meaning once the technology is available to buy, banks will need to ensure they have a clear strategy in place for the extension of their digital banking experience to wearable technology.

Wearable technology has interesting implications for how consumers may continue to manage their finances. Our research shows that less than a fifth (19%) of British consumers likes to manage their money via a branch, compared to more than three-quarters (76%) who prefer to use digital means. As such, if Google Glass does gain traction, it is likely consumers will choose to manage their finances using the new technology. A simple wink could allow wearers instant access to a chosen bank account, giving consumers the opportunity to make payments on the train, view loan options while they’re walking to work, or browse the latest insurance offers as they prepare dinner.

Google Glass could also bridge the gap between physical and digital banking to enhance wearers’ traditional branch experiences. For example, the Google Glass wearer who sees a simple screen inside their peripheral vision may use the technology to navigate around their local branch and find out which queue will be the quickest. Wearable technology will open up the world of digital banking and has the potential to re-define the role of the bank.

Despite its potential and the sudden wave of interest from consumers, many banks, especially those in the UK, have thus far avoided commenting on how their banking software will work on Google Glass. However, Ukranian bank, PrivatBank, is one of the first to have announced clear plans. Earlier this month, it gave the first clues of what will be possible with the technology, explaining in a video that customers will be able to pay bills by taking pictures of them, transfer money or pay for purchases by reading QR codes using Google Glass. These announcements have set a precedent and now other banks must also establish what they will offer their customers on this platform.

Privacy and security
A debate, still raging among mainstream commentators, focuses on the security and privacy implications of Google Glass. Jay Freeman, a Santa Barbara-based programmer, recently expressed a concern voiced by other experts and programmers about the privacy of the new technology. He explained in a blog post, “Once the attacker has root on your Glass, they have much more power than if they had access to your phone or even your computer: they have control over a camera and a microphone that are attached to your head. A bugged Glass doesn’t just watch your every move: it watches everything you are looking at (intentionally or furtively) and hears everything you do.”

As well as privacy, security will also be a vital issue. Financial sector firms will need to consider how financial transactions can be kept secure if they’re taking place on a wearable technology platform while on the move. Providers will need to have a sophisticated security system in place which works across all banking platforms and can deal with the potential vulnerabilities presented by the techno specs.

Usability
To instil trust and confidence in the technology, banks must ensure the systems they set up on the platform are efficient and easy to use for customers. The usability will be a fundamental area for consideration if consumers are to successfully use Google Glass to bank digitally. Additionally, it will be important that financial institutions ensure the banking experience between all platforms from web browser, to wearable technology is seamless.

An overhaul of existing systems may not be required to successfully migrate digital banking onto the device. PrivatBank has explained that rather than resorting to a massive technical overhaul, it will rely on existing banking apps and technology on the new platform.

Google Glass’ bright financial future
Although there are undoubtedly certain challenges for financial institutions, Google Glass and the products it will inevitably inspire will open up a new and exciting world for digital banking. We’re already seeing an increase in multi-channel banking with mobile banking apps for smartphones and tablets, alongside online web browser banking. Exploring the possibilities that this new technology will bring to the digital banking world will see a raft of new opportunities for a deeper level of engagement with customers.