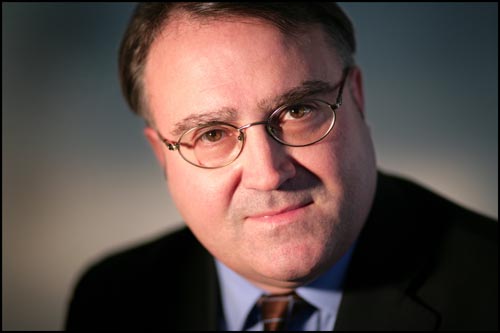 Aren’t you fed up of bank and banker bashing? It is crass populism of the first order – cheap, lazy political opportunism and in many cases cheap journalism – and it’s all getting a bit tired. That doesn’t mean that the banks haven’t got a tremendous amount to answer for and they should be beating their chests and shouting “mea culpa” from the roofs of their respective HQs and assuring us that their inappropriate behaviours will stop.

It is well documented that for the last 10 – 15 years some banks have been behaving like “stack ’em high and sell ’em cheap” retailers; selling any product as long as they can shift them and in doing so moving about as far from the customers’ agenda as it’s possible to do.

The FCA final guidance at the beginning of this year on the banks sales incentives stated that most incentive schemes within the banks were structured in a way that was likely to drive people to mis-sell and that these risks had not been properly managed by the internal processes. But what the FCA were not so quick to point out was that the FSA were supposed to have provided governance and oversight of the sales process, product structure and incentive schemes to ensure such mis-selling didn’t take place. The FSA had taken their eye off the ball and we can only hope that the FCA, (which consists of the same people, working at the same address as the FSA), can make a better fist of it.

The good news is that there are positive signs that some banks are taking action in the consumer’s favour. Lloyds was the first to put its hand up in the case of PPI mis-selling and has initiated a remediation process; Barclays has seemingly cleared out the old guard to at least mitigate the same mistakes happening again; Matthew Elderfield has joined Lloyds and Jon Pain is moving to RBS to head up respective conduct risk divisions – each will be members of their respective boards so it seems those banks are taking this role seriously and engaging executive management in this essential activity.

Conduct risk is at the heart of the Parliamentary Commission Banking Standards report published last week and ultimately one of the central pillars of banking reform. Alongside the tightening of regulatory and legislative controls, conduct risk addresses the cultural environment in which sales teams, business units, compliance and audit teams operate. Conduct risk is about managing the attitude, values and behaviours of an organisation.

This was highlighted by Clive Adamson at the FCA in April when he pointed out that the approach of “doing the right thing” has been lost and in many cases it is a cultural issue. He says “the cultural characteristics of a firm are a key driver of potentially poor behaviour”. The banks are talking a lot about a new regime of behaviours and a “new ethos” but there are inherent factors that contribute to behaviours that can impact conduct risk; the culture of the organisation and how that culture demonstrates itself in the behaviour of its people is the key one. Furthermore the moral anchor must be led from the top-down; the message from the executive of the banks has, does and will continue to drive the behaviours of the people within the firm. The vast majority of people who are employed in the financial services industry are fine people, who do a great job – but hard targets and sell at any cost messages from the executive tier result in people demonstrating inappropriate and poor behaviours with the customers ultimately losing out.

Regaining the trust of customers will not be a straightforward task. People will remain sceptical about the motives of any banking activity from closing or selling branches, moving operations off-shore or even removing a product from the shelf. Customers are not that demanding and they actually want to buy products; but they want to buy the right products whether that is a loan, investment or savings product. Simply put, people need assurance that they are not being ripped off. That’s where the conduct risk people come in. It is their role to ensure that the products are safe, well-structured and explicitly meet the customer need. They will need to ensure that the incentive schemes of those in the front line and the executive incentive schemes are appropriate and will not result in poor behaviours or poor advice.

We have all heard the banks talking about “putting the customer at the heart of our business”. It is a much rehearsed statement these days; you see it on nearly every bank poster. But similar platitudes were launched with the then FSA’s ‘Treating Customers Fairly’ (TCF) initiative some 6 years ago with seemingly little effect. Amongst significant challenges, risk teams within the banks, the FCA and the OFT will have to spend some time reassessing how and if TFC has been embedded in the organisation. Many of the examples of mis-selling and poor bank behaviours happened with the TCF business principle in place so there is an opportunity to revisit TCF, take the learnings, good and bad, and to start all over again. Surely every customer has the right to expect that their bank will always act in their best interests?

Ultimately the banking sector is facing one of its most complex challenges, but those that rise to the challenge have the chance to begin a cultural revolution, provide a true point of differentiation for consumers and ultimately win through.