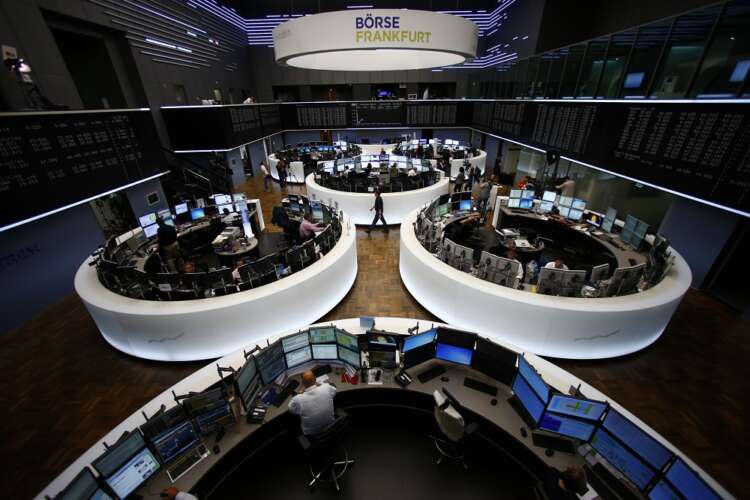 Hawkish moves from the world’s top central banks in response to inflation have weighed on equity markets since the start of 2022, with the MSCI World Index down around 10%.

Data on Wednesday showed no let-up for Britain after inflation hit a 30-year high of 7%, although this came a day after a lower-than-expected U.S. print had given some traders cause to hope policy would be tightened more slowly.

“Another month, another jump in inflation figures around the world,” said Oliver Blackbourn, portfolio manager at asset manager Janus Henderson.

“The increase in prices further ratchets up the pressure on the Bank of England to respond to dampen the squeeze on real incomes. However, fading growth forecasts show the danger to the economy from tightening too quickly or too far.”

Overnight in Asia, much weaker-than-expected import data from China weighed on the outlook, but added to views Beijing could ease policy further, helping MSCI’s broadest index of Asia-Pacific shares outside Japan climb 0.6%.

Japan also posted weak machinery orders data, although its stocks closed higher on the U.S. inflation data that had shown consumer prices rose by the most in 16-1/2 years in March as war in Ukraine boosted the cost of gasoline to record highs, although underlying inflation pressures moderated.

In the euro zone, meanwhile, a key gauge of long-term inflation briefly breached 2.4% on Wednesday, above the European Central Bank’s 2% target ahead of its next meeting on Thursday.

In currency markets, the euro was last flat against the dollar, but just above a five-week low. The dollar index was up 0.1% against a basket of currencies. [FRX]

The New Zealand dollar was down 1.1% after the Reserve Bank of New Zealand raised interest rates by 50 basis points — its most aggressive hike in over two decades — but tempered its rate outlook.

The Bank of Canada meets later on Wednesday and is also expected to deliver a sharp hike.