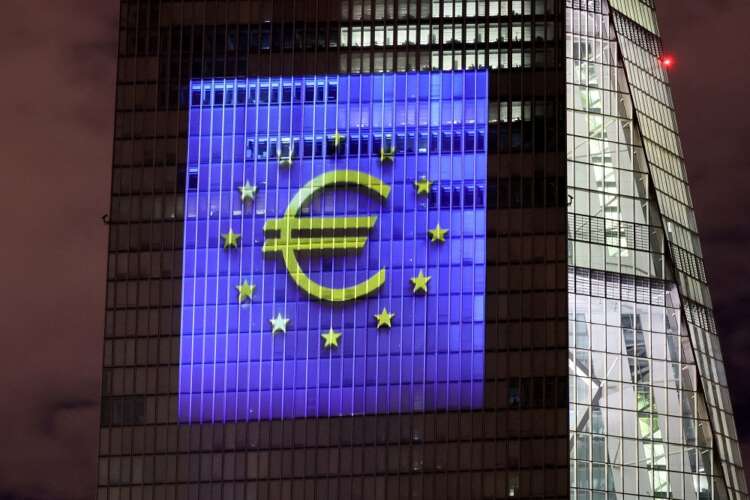 (Reuters) – Having taken in their stride the uncertainty stemming from the Ukraine war and the ending of a powerful monetary stimulus scheme, bond markets across southern Europe now face a reality check.

Italian, Spanish and Portuguese bonds, which usually buckle at any sign of the European Central Bank withdrawing its stimulus programme, held their ground in March even as German bonds, the euro zone’s benchmark debt, endured the worst selloff since 2009. 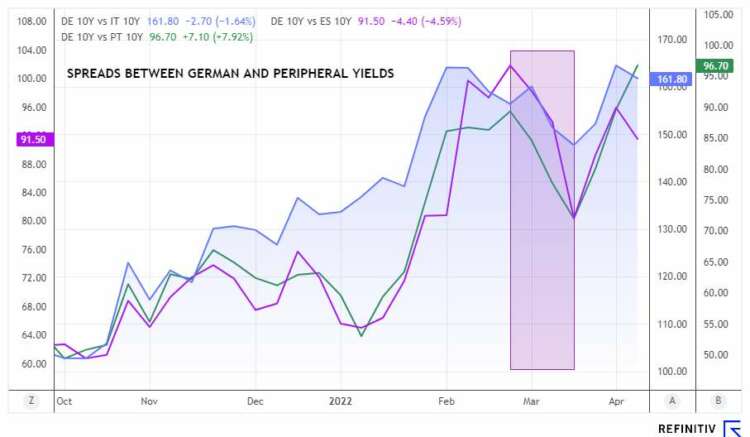 That was partly because of expectations the war would foster greater integration within the bloc, and spur another round of joint European Union bond sales.

Such debt sharing would allow indebted countries such as Italy to fund their energy transition away from Russia and boost defence spending without worsening their finances.

But with no signs such issuance will happen soon, the euro area’s lower-rated bond markets are left exposed to risks such as uncertainty stemming from French presidential elections and the possibility the ECB may end its remaining asset purchase scheme earlier than anticipated.

Italy’s 10-year bond yield is up 45 basis points this month to 2.48%, and set for its biggest monthly jump since 2018. Spanish and Portuguese yields are up 32 bps and 48 bps respectively in April.

All this means bond spreads, a closely-watched measure of risk in the currency bloc, are back under pressure.

The gap between Italian and German 10-year bond yields — a measure of the premium demanded by investors to hold Italian debt — is now around 163 bps.

Many reckon it will widen back towards levels seen during the turbulence of early-2020.

“We see risks of widening to 190-200 bps by year-end as the market had been too optimistic about fiscal support from the EU,” Erjon Satko, fixed income strategist at BofA, said.

UBS macro rates strategist Rohan Khanna saw the spread in a range 150 and 175 bps, while Societe Generale targets a spread of 185 bps in the second quarter.

Peripheral bonds have been the main beneficiaries of ECB bond buying, which has pinned down borrowing costs and kept spreads tight. The purchases are to end in the third quarter but with inflation at a record high 7.5%, pressure to set an end date is building. 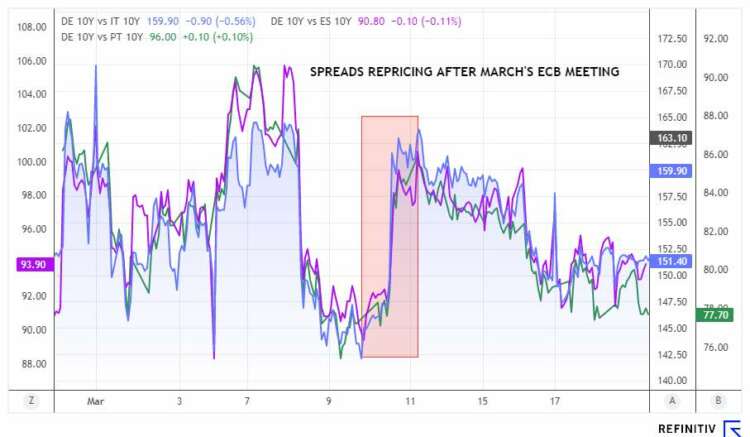 “A German-Italian spread at around 160 bps discounts optimism on EU fiscal policy stimulus, coupled with a monetary policy stance by the ECB more supportive than what markets are currently pricing,” Castaldi said.

Finally, the April 24 second round of French elections is making investors wary, given far-right candidate Marine Le Pen is in with a chance of beating incumbent Emmanuel Macron to the presidency. 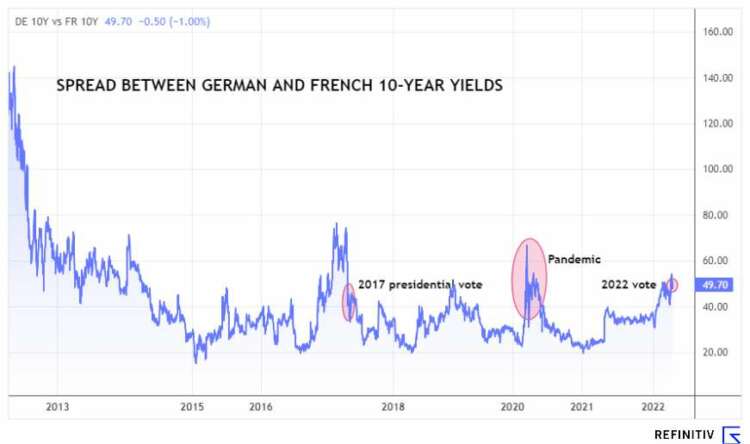 Le Pen no longer advocates ditching the euro, but her agenda of protectionism and nationalism will almost certainly hamper European integration.

If opinion polls suggest a tight race ahead, Italian spreads could widen towards 170/175 bps, Castaldi reckons.

Binance CEO praises ‘pro-crypto’ France as it pursues base there