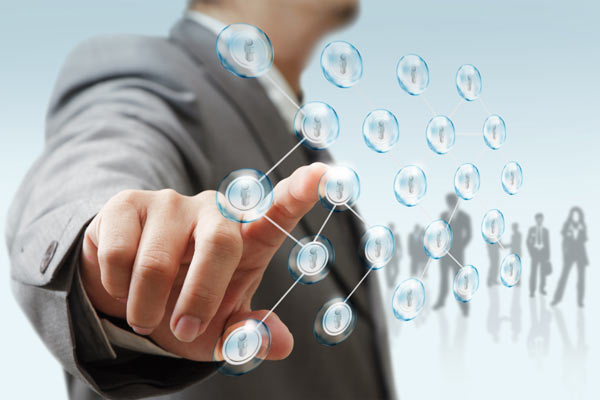 Over the past decade we’ve seen metropolitan cities and financial centres across the globe battle it out to develop companies that can match the big hitters emerging from Silicon Valley. London is now widely considered the ‘Fintech capital of the world’, with more than half the members of the Fintech 50 now based in the U.K, and a recent Deloitte report highlighting it as one of the greatest connected global cities on the planet.

Hong Kong is at the forefront of an exciting tech boom, with APAC investment into Fintech companies eclipsing both the US and European markets this year. The city is rapidly emerging as one of the world’s most exciting, well-connected Fintech hubs, and a place with fantastic opportunities for UK and international firms.

The customers for these companies in Hong Kong are in abundance too – China’s market dwarfs almost any other in the world. Even more striking is the consumer penetration of Fintech, with the EY Fintech Adoption Index 2017 highlighting the region as one with the world’s highest rate of adoption at 69%.

These are the five key factors that have facilitated Hong Kong’s ascent to the world Fintech stage.

The importance of Hong Kong as a global finance centre is well known. The city was recently named in the top five Global Financial Centres Index by Z/Yen. As China’s financial capital, and a base for three-quarters of the world’s top 100 banks, the city has an established legal and regulatory system for the financial sector to rely on.

Banks are also taking an active role in working with the city’s nascent Fintech scene. According to a survey conducted by PwC, 82% of Hong Kong financial services organisations are looking to partner with Fintech companies.

While Fintech is considered an emerging trend, with around 80% of all startups still operating at the seed stage, this availability of investment has meant that last year 38 companies reached ‘unicorn’ status, already showing their potential to disrupt high-street brands. At InvestHK, we have set up a dedicated Fintech team with correspondents in London and New York to support overseas and Mainland China’s Fintech companies and entrepreneurs scale their business globally through Hong Kong.

Education is also an important aspect and there has been a big push to upskill local professionals from a young age. Whereas Fintech hubs like London are facing renewed fears of a skills gap, the Hong Kong authorities have shown incredible foresight and commitment with Fintech bachelor degrees being taught at both the Chinese University of Hong Kong and Hong Kong Polytechnic University. In addition, 11 banks currently support the Hong Kong Monetary Authority’s (HKMA) Fintech Career Accelerator Scheme (“FCAS”) to nurture new Fintech talent.

In recent years London has attracted a strong pool of international tech talent, with a recent report from Balderton Capital stating that the UK currently employs 31 per cent of those working for European startups. The same buzz of London’s Silicon Roundabout is now palpable in Hong Kong where a rich and dynamic tech scene is boosting the startup culture and attracting the best in tech talent.

According to our own research, Hong Kong now hosts 1,926 startups, involving 5,618 workstations and 5,229 staff, and last year it was the world’s 5th fastest growing startup ecosystem, according to the Global Startup Ecosystem Ranking study from Compass. The city is also attracting interest from audiences in the U.S, with the number of attendees from the States doubling at this year’s RISE conference, according to Forbes.

In addition, the impressive collaborative spaces and availability of investment from Hong Kong itself, such as the Cyberport and Hong Kong Science and Technology Park and border area connecting Shenzhen and the Greater Bay Area in Southern China, means we will see some of the world’s top talent looking to Hong Kong as the place to build their careers and companies.

A mature and stable regulatory environment is important for any industry, especially for a city that is seeing such rapid change and evolution. Hong Kong’s regulatory structure is made of organisations driving innovation from within, particularly in Fintech and even Regtech. For instance, the Hong Kong Monetary Authority (HKMA) recently unveiled a trade finance platform based on blockchain technology, supported by Deloitte and five of the city’s top banks.

Furthermore, the Securities and Futures Commission (SFC) has initiated an internal Regtech project to assess what technologies could improve its standing operations and efficiency, while combatting money laundering and cyber-crime. These initiatives are a clear indication of a demand to modernise practices.

The dynamic created by the close proximity and strong connections of world-leading banks, regulators, tech companies and incubators has led to a flourishing, supportive ecosystem in Hong Kong – one which is fuelling collaboration, new ideas and innovation every day.

Because of this, mainland Fintech companies are actively expanding their operations to the city of Hong Kong in order to take advantage of its great ecosystem and connections. As an example, Hong Kong-based brokerage firms can now onboard clients from Guangdong province through an e-identification method, so there’s no need for a face-to-face interview anymore. This has opened up Hong Kong’s wealth management market to the mainland, and future collaborations will surely follow.

In addition, the annual Hong Kong Fintech Week (23 – 27 Oct 2017) is a great showcase of Hong Kong’s vibrant Fintech ecosystem, with attendees from a mix of local and international firms, as well as private and public sectors.

So the combination of these five factors is enabling Hong Kong to boast ambitions for its Fintech scene to rival any other market or destination in the world. For Fintech firms looking for business opportunities, growth and expansion in Asia, the city is the destination of choice.