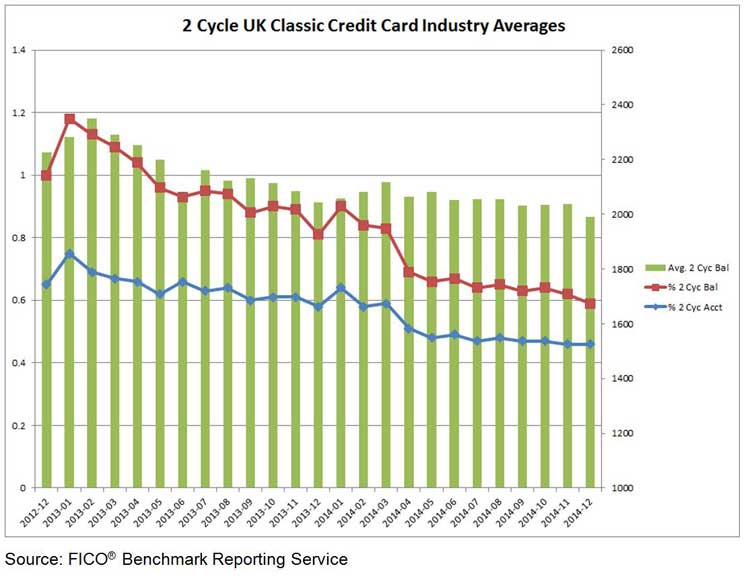 “These figures indicate a sustained positive trend that matches the steady growth in the UK economy, helped in part by a decline in oil prices that’s leaving more money in consumers’ pockets,” said Stacey West, a Fair Isaac® Advisors business consultant who works with UK card issuers. “For card issuers, this trend provides an opportunity to analyse their data in more depth, and identify the best targeted treatments for specific account segments that are experiencing delinquencies.”

“For the first time since at least 2002, average spend on veteran accounts rose above £700, yet utilisation overall continues to fall,” said West. “In this environment, lenders should closely evaluate not just affordability but also the cardholder’s likelihood to use a higher limit, in order to maximise profits.”