Material shortages ease in German industry but carmakers struggling
Our website publishes news, press releases, opinion and advertorials on various financial organizations, products and services which are commissioned from various Companies, Organizations, PR agencies, Bloggers etc. These commissioned articles are commercial in nature. This is not to be considered as financial advice and should be considered only for information purposes. It does not reflect the views or opinion of our website and is not to be considered an endorsement or a recommendation. We cannot guarantee the accuracy or applicability of any information provided with respect to your individual or personal circumstances. Please seek Professional advice from a qualified professional before making any financial decisions. We link to various third-party websites, affiliate sales networks, and to our advertising partners websites. When you view or click on certain links available on our articles, our partners may compensate us for displaying the content to you or make a purchase or fill a form. This will not incur any additional charges to you. To make things simpler for you to identity or distinguish advertised or sponsored articles or links, you may consider all articles or links hosted on our site as a commercial article placement. We will not be responsible for any loss you may suffer as a result of any omission or inaccuracy on the website. 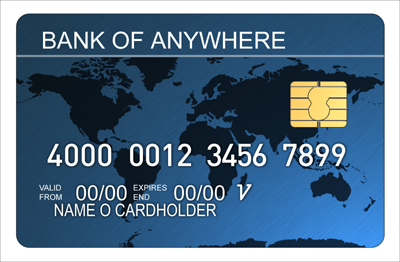 As university students in the UK prepare for the autumn term, new data from FICO, a leading predictive analytics and decision management software company, suggests they might be getting better at repaying their debts. The latest figures on UK credit cards from the FICO® Benchmark Reporting Service show that the percentage of student card accounts that have balances two cycles (60 days) overdue reached a two-year low in May 2014, before rising slightly in June. The percentage of two-cycle balances to total balances followed this trend as well. However, this good news is tempered by a rise in the average balances that are two cycles overdue.

“The reduction in student accounts that are 60 days overdue can be explained by an improvement in strategic collection processes and a general uplift in the economy,” said Stacey West, a Fair Isaac® Advisors business consultant who works with UK card issuers. “Financial institutions have an opportunity to improve collections results even more by tailoring strategies based on age of account and other metrics and applying adaptive -control methodologies to refine treatments.”

While these trends were positive, average two-cycle balances on student cards are rising. Having fallen from £533 in June 2012 to £521 a year later, they have now hit £733, a 40 percent increase in just one year.

“For card issuers, the increase in two-cycle balances suggests concentrating collections activities on cards with high balances,” West said. “Yet time on books is also an important factor in prioritising treatment, as two-cycle account balances for veteran student cards averaged £1,027, more than twice as much as the average for established cards, £469.”

The percentage of UK student cards that were over their credit limit rose in June for the first time since November 2012. “We recommend our clients look at their limit increase offers to ensure they are targeted at cardholders most likely to use the extra credit, and who can afford to take on extra credit,” West said.

“We also suggest reviewing the performance of accounts that go marginally overlimit, to determine whether some segment of these accounts should get limit increases, which would remove them from their out-of-order position. Regulatory compliance will ensure that issuers will focus only on consumers who can afford to take on the extra credit. This is a good area for applying champion and challenger practices to identify the appropriate account treatment.”

The card performance figures are part of the data shared with subscribers of the FICO® Benchmark Reporting Service, which compares overall market performance in the UK cards market with individual card issuers’ performance. The data sample studied represents 26 million accounts, or about half of all credit cards issued in the UK, and comes from client reports generated by the FICO® TRIAD® Customer Manager solution in use by most UK card issuers.