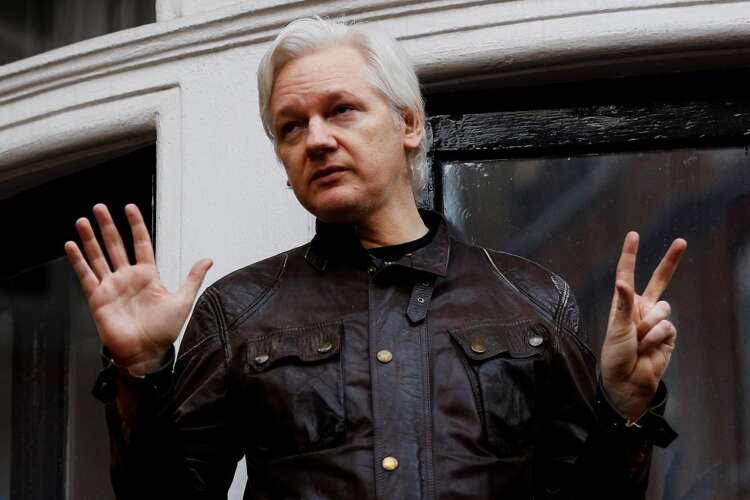 LONDON (Reuters) – British interior minister Priti Patel on Friday approved the extradition of WikiLeaks’ founder Julian Assange to the United States where he is wanted on 18 criminal charges, including breaking a spying law.

Following are key events in the life of Assange and his long legal case:

July 1971 – Born in Townsville, Australia, to parents who were involved in theatre and travelled frequently. Gains a reputation in his teens as a sophisticated computer programmer.

1995 – Pleads guilty to computer hacking and is fined, but avoids prison on condition he does not reoffend.

July 25, 2010 – Over 91,000 documents, mostly secret U.S. military reports about the Afghanistan war, are released by WikiLeaks, a month after U.S. soldier Bradley Manning is arrested for leaking such material.

The leaks represent the largest security breaches of their kind in U.S. military history.

Nov. 18, 2010 – A Swedish court orders Assange’s arrest over rape allegations, which he denies, calling them part of a plot to secure his eventual transfer to the United States. He is arrested in Britain in December on a European Arrest Warrant and freed on bail.

May 19, 2017 – Swedish prosecutors discontinue their investigation, saying it is impossible to proceed while Assange is holed up in the Ecuadorean Embassy.

April 11, 2019 – A screaming Assange is carried out of the Ecuadorean Embassy and arrested by British police after Ecuador revokes his political asylum.

May 1, 2019 – Assange is sentenced to 50 weeks in prison by a British court for skipping bail. In September he completes the sentence early but remains jailed pending extradition hearings.

May 2, 2019 – Assange refuses to agree to be extradited to the United States, saying he is a journalist and his work has protected many people.

May 13, 2019 – Swedish prosecutors reopen the investigation and say they will seek Assange’s extradition to Sweden.

June 11, 2019 – The U.S. Justice Department formally asks Britain to extradite Assange to the United States to face charges that he conspired to hack U.S. government computers and violated an espionage law.

Nov. 19, 2019 – Swedish prosecutors drop the rape investigation, saying the evidence is not strong enough to bring charges against Assange, in part because of the passage of time.

Jan. 4, 2021 – A British judge rules Assange should not be extradited to the United States, saying his mental health problems meant he would be at risk of suicide.

Dec. 10, 2021 – The U.S. authorities win an appeal at London’s High Court against the judge’s decision, after giving a package of assurances about the conditions of Assange’s detention if convicted.

March 23, 2022 – Assange marries his long-term partner Stella Moris, with whom he had two children while in the Ecuadorian embassy, inside a British high-security prison.