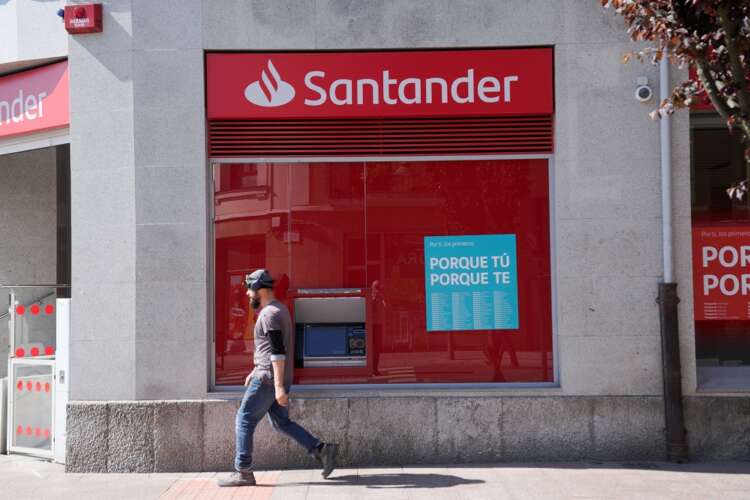 MADRID (Reuters) -Spain’s Santander named Hector Grisi as its new chief executive officer to oversee the bank’s digital transformation and growth strategy through the global economic uncertainty that is rattling the whole industry.

Former investment banker Grisi, 55, who helped make the bank’s U.S. business its most profitable last year, will take the helm from January 1 next year, the bank said on Friday, replacing Jose Antonio Alvarez who has been in the role since 2015. His appointment follows a failed attempt more than three years ago to appoint Italian banker Andrea Orcel as CEO.

Santander’s diversification, especially in Latin America, has helped the bank to cope with tough conditions for lenders in Europe since the financial crisis, where it has been cutting costs to cope with ultra-low interest rates.

Though its main market Brazil is slowing down, efficiency measures implemented in Europe, coupled with ongoing interest rate hikes in Britain and Poland, have boosted first quarter earnings.

But more aggressive and faster interest rates hikes than expected, both in the euro zone and in the United States, to combat high inflation, are taking a toll on its shares.

Since the ECB opened the way to more pronounced rate hikes on June 9, shares in Santander have fallen more than 9%. They were up 2% at 1010 GMT on Friday.

“Given the internal profile of the appointment, and no changes in the chairman’s Executive role, any material shift in strategic terms looks unlikely and hence impact in share price terms should be limited,” UBS said in a note.

Executive Chairman Ana Botin has said the lender would look for growth opportunities in Mexico such as the potential acquisition of Citigroup’s retail operation in Mexico.

Botin said in a statement that Grisi’s “track record as CEO of Santander Mexico and head of North America speaks for itself and illustrates why we believe he is the right person to lead the bank in the next phase of our transformation and growth.”

A senior executive at Santander also noted Grisi had experience of navigating difficult economic conditions so his appointment was timely.

Spanish investment firm Alantra said the new CEO would be well positioned to deal with the strategic challenges of the group, such as potentially “funding the deal (in Mexico) internally without a rights issue.”

Alantra added that he would also have to deliver on the strategic bet in the US market, where Santander is looking to integrate and find synergies across several businesses, such as retail, consumer, investment banking and wealth management.

Grisi’s appointment comes after Santander withdrew an offer to make Orcel CEO, marking a rare, unexpected U-turn on such a high-level appointment and resulting in a sour legal battle.

When the search resumed, the bank look at both external and internal candidates.

“We didn’t find anybody outside the bank that we thought could bring the same level of skills and capability as he will bring to us,” another senior executive said.

Grisi, whose professional career spans over 35 years, was educated in Mexico and Canada.

Before joining Santander as CEO in Mexico in 2015, he spent 18 years at Credit Suisse, where he held a range of senior positions.

Grisi will also take the helm following the bank’s recent operational structure changes in February to accelerate its digital transformation as lenders try to fend off competition from new internet-based entrants.

The bank said then that new tech units, PagoNxt and Digital Consumer Bank, would be supervised by Botin, while Santander’s regions, countries and global businesses would report to the CEO.

Grisi will report exclusively to the bank’s board following recent changes in the bank’s corporate governance structure.

However, Chairman Ana Botin will keep her executive role.

At many Spanish lenders, the chairman holds executive powers and is in control of strategy while the CEO handles day-to-day business.

Supervisors of euro area banks favour a division of roles between the chairman and the CEO.