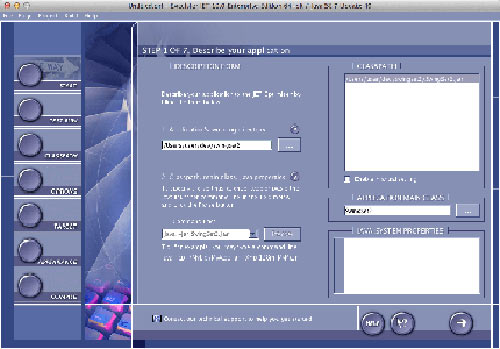 Excelsior JET is a complete implementation of the Java SE technology, enhanced with an ahead-of-time (AOT) compiler and deployment toolkit. Version 10 will enable Java developers to transform their applications into native OS X binaries containing optimized native AMD64/Intel 64 code, and package them for deployment to end user systems and submission to the Mac App Store. Excelsior JET 10 for OS X will have passed the official Java SE 7 compatibility tests (JCK) on OS X 10.9.

“Last year, we added support for Java SE 7 on 64-bit Windows and Linux, and now we are just a few months away from declaring that we have all desktop platforms covered,” said Dmitry Leskov, Excelsior’s Director of Marketing.

Java developers interested in Excelsior JET for OS X may learn more and sign up for email notifications at www.excelsiorjet.com/osx.

Excelsior has not announced the exact pricing, but confirmed that existing customers will receive special treatment. Prices for the currently available Excelsior JET 9 for Windows and Linux range from $1,500 for the Standard Edition for Windows with Basic Support to $16,000 for the dual-platform bundle with Premium Support. There is a discount program for small companies (www.excelsiorjet.com/micro), and authors of non-commercial programs are welcome to apply for free licenses.