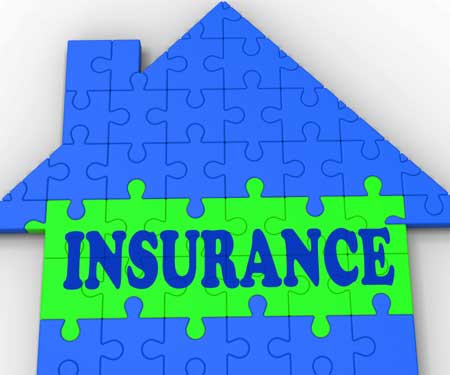 Southeast Asia, on which this presentation will largely focus, consists of countries south of China, east of India and north of Australia, and is broken up into two main regions i.e., Indo China and the Malay Archipelago, which refers to what could be described as Mainland Southeast Asia and Maritime Southeast Asia respectively. The former includes Cambodia, Laos, Burma, Thailand and Vietnam, whereas, the latter covers largely, Brunei, East Timor, Indonesia, Malaysia, Philippines and Singapore. This geographical area is generally subject to high seismic and volcanic activity, as it lies at the intersection of geological plates, with several volcanic Islands, particularly Indonesia and Philippines, which are prone to frequent earthquakes and volcanic eruptions, as they stand on what is generally described as the Pacific “Ring of Fire” – that encircle the basin of the Pacific Ocean.

Generally speaking, with reduced loss levels, reinsurance rates for Southeast Asia have displayed a reducing curve since 2003. The capacity for non-proportional business is generally available without much restriction, although the same cannot be said of proportional business as, by and large, Reinsurers are maintaining a tighter rein, with Natural Perils, being either excluded or, combined with event limits, typically varying between 7% and 20% of key zone aggregates. Minimum rates prevailing for Earthquake and Typhoon / Flood are 0.15% and 0.05% respectively, although some Treaties are known to carry a lower rate of 0.08% for a combination of both these perils. A country, where such natural hazards are a marked feature is Thailand, where, for instance, in the 10 years prior to 2010, there have been 33 recorded events of heavy flooding. These occurrences accounted for 55% of all natural disasters in Thailand resulting in damage, costing USD 4.5 Billion, as well as 2682 deaths, together with 30 Million people otherwise affected.

The city state of Singapore, maintains its momentum as a reinsurance hub for Asia, with many Lloyds syndicates actively participating. It could be said that, the major capacity by far of that available in Singapore is A-rated, and it is therefore not surprising that, Singapore provides most of the capacity in Southeast Asia.

In Indonesia and the Philippines, there is a marked reliance on national reinsurers that provide significant proportional treaty capacity to the majority of the smaller companies. Larger companies are inclined to rely on global capacity. It is of interest to add that, London and Bermuda continue to be small players in the region, due to the relatively small size of the non-proportional programs and their unwillingness to provide proportional capacity. 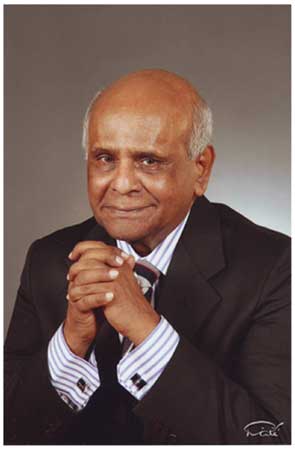 In Sri Lanka, it is compulsory for 30% of all proposed overseas reinsurance cessions to be offered, in the first instance, to the Government owned National Insurance Trust Fund. The issue of concern here is of course, the high risk exposure of this Fund, particularly to natural disasters. Apart from the widespread loss of life and extensive damages sustained, following the Tsunami experienced in December 2004, Sri Lanka has not generally been prone to natural catastrophes, but this is no reason for complacency particularly as, Sri Lanka is now known to be Earthquake prone, unlike the previous belief that, the country was outside the seismic zone.

It is generally believed that, natural catastrophe coverage has a high growth potential due to extensive underinsurance and/or non-insurance, in emerging markets, particularly so in Southeast Asia. The increased catastrophe losses in the Asia/Pacific region has understandably led more to reliance on catastrophe models. Such losses had led cedents and reinsurers to better define and control not only the perils but the types of policies being issued. Continued investment and attention to modeling is evident throughout the region. Early in 2010, Guy Carpenter released an Asian model, focusing on one of the main flood areas i.e., Thailand’s Chao Phraya region and, provides clients with the information necessary to improve flood exposure management. The flood model, which allows for analysis from five-year to 1,000-year return periods, provides an opportunity for clients to better estimate their PMLs at different return periods based on their commercial and industrial exposures.

Commerce and Industry in Asia is experiencing what could be best described as a rapid and continuing growth, which is naturally enhancing substantially global reinsurance cessions. However, it must be borne in mind that, the growth in General Insurance business is driven largely by lines such as Motor Insurance, which of course, is less intensive, when it comes to reinsurance. A classic example in this respect is Sri Lanka, where in 2014, over 50% of non-life GWP related to Motor Insurance.

Price competition, of course, remains a key factor influencing reinsurance rates in emerging markets, as clearly, the capacity available exceeds demand for reinsurance. As stated by Mr. T Prakash Rao, Chief Executive and Managing Director for Singapore based JB Boda, at a seminar titled “The Road Ahead on Reinsurance in Asia’s Emerging Markets “held in July 2010, “there is surplus capital in the market and it has resulted in capacity for almost all classes of business. Property facultative business is getting absorbed locally and a few risks are being shown to overseas reinsurers due to competitive pricing, Speciality classes such as terrorism, financial and liability risks look attractive in terms of demand in the short to medium term. Local capacities have grown, especially in the case of direct players, who are now better equipped and more keen to write inward reinsurance business. This is not really helping the pricing, especially the deductibles being offered. Markets are growing and reinsurance capacity is growing even faster and competition more than ever.”

Clarence Wong, Chief Economist at Swiss Re described emerging Asia’s Reinsurance markets as “highly competitive” with National Regional and International Reinsurance, as well as, Lloyds and some International and Regional direct Insurers seeking opportunities in these markets.

“Although foreign insurers outnumbered domestic players, this has barely displaced China Re’s market share in China, particularly in the life sector,” said Sharon Khor, partner and head of insurance for Greater China at Accenture, an international consultant. China Re captures about 80% market share of life business.

“China has its lure for foreign players as the largest and fastest growing reinsurance market, but the challenge is to grow market share by leveraging their global experience and knowledge to raise sophistication and risk management discipline in China”, said Khor, who went on to say that, “overseas reinsurers should focus more on areas where local players have relatively less experience, such as Health, Engineering and Catastrophe lines”. Value-added services such as disaster management, product development, pricing and more importantly, risk management open windows of opportunity for overseas based players in China.

Reinsurance arrangements vary substantially among emerging markets. In Southeast Asia, lack of capacity or proper underwriting experience leads to high cessions in the non-life sector. Here again, a classic example is Sri Lanka, where a little under  80% of the Property GWP is ceded to Reinsurers largely overseas, thus acquiring profitability (if at all!) merely on reinsurance commissions in a comfort zone of a minimal risk environment. Of course, in the case of China and India, the retention rates are higher, but clearly, the absence of adequate diversification of high value risks, particularly, the natural catastrophe risks, should be properly addressed by these two countries, with a view to encouraging higher cessions to international markets.